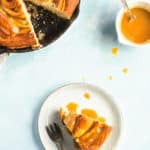 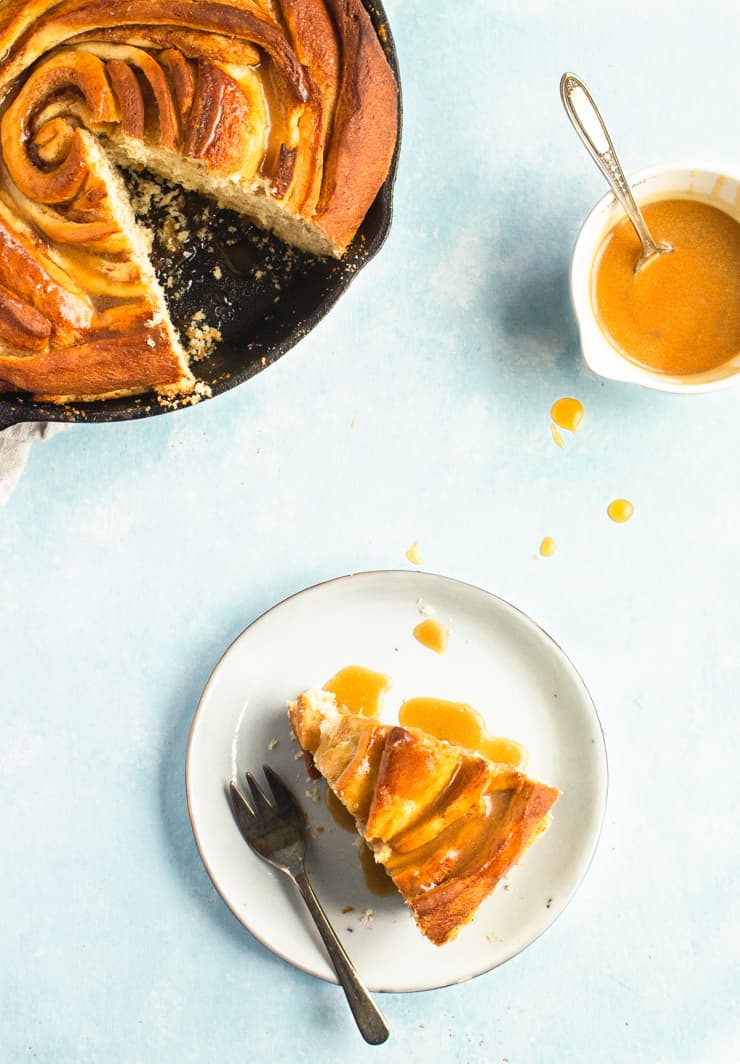 This week’s post, brought to you by the most EXTRA cinnamon roll this side of brunch. Because, let’s be honest, somethings should just be extra. 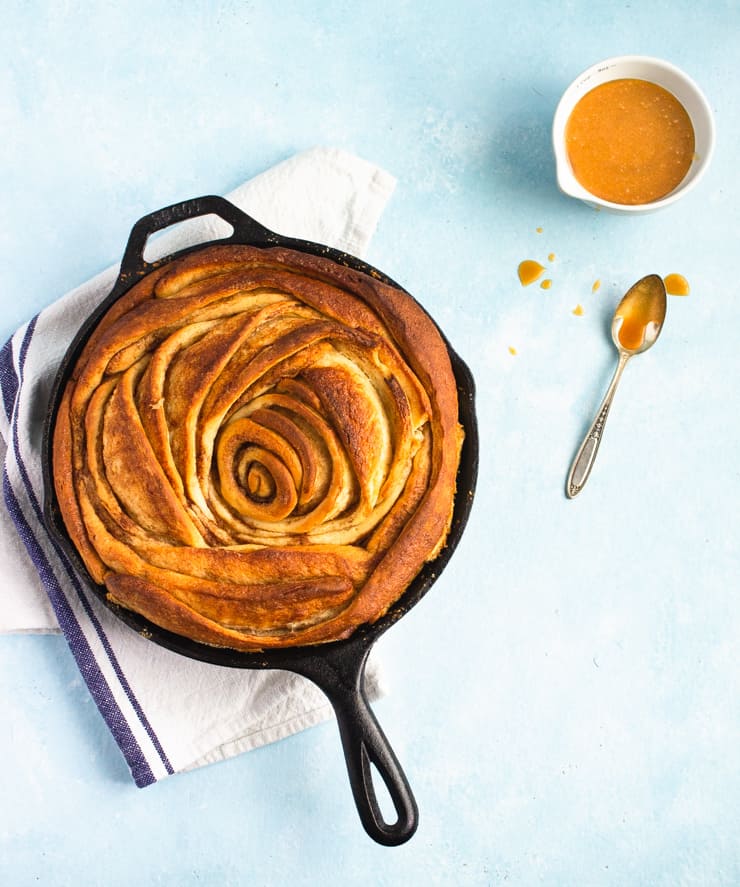 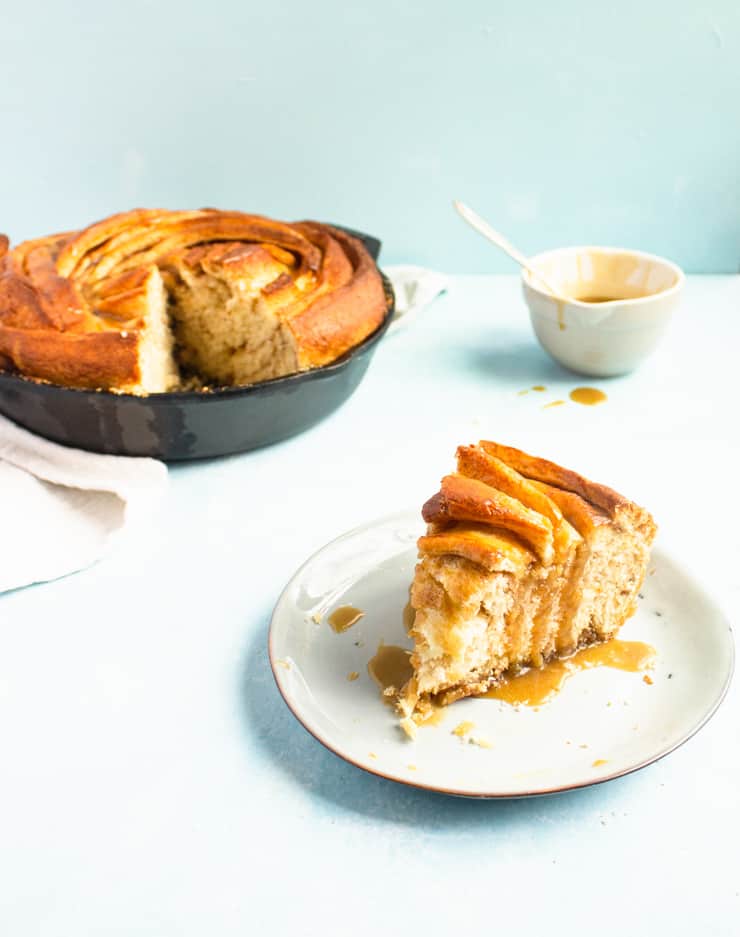 Now I’m sure some of you are sitting on the other side of the screen virtually passing me a high-five because, let’s face it, this just made your week a little more epic. Know that I’m sitting here high-fiving you back. I got you! But I imagine there are a few of you sitting there thinking, “Wow, that seems a little too extra… Why would anyone need something SO extra…” 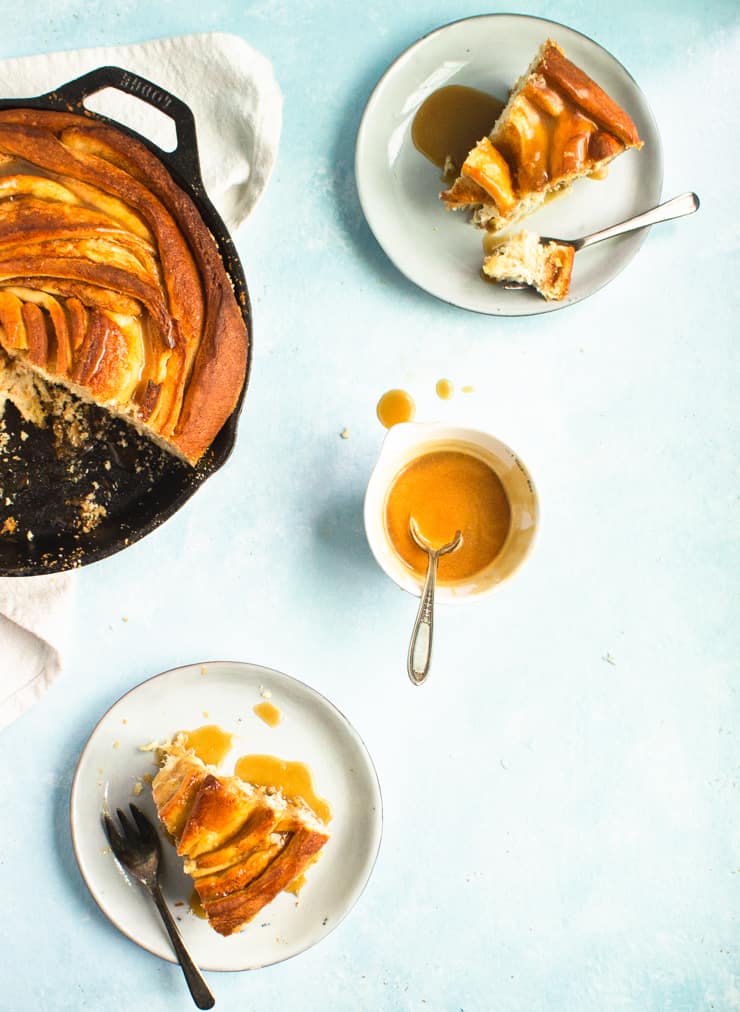 Ok, let’s just brainstorm a couple of reasons you need this extra-ness in your life:

Pro-tip: If you don’t slice it, it technically only counts as one slice. You’re welcome. 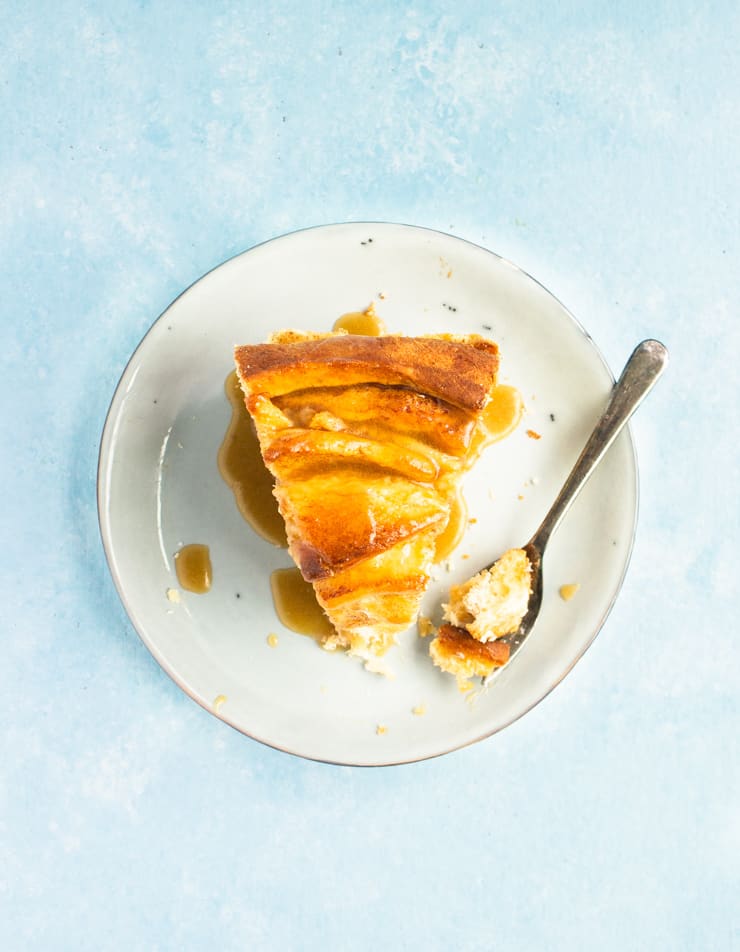 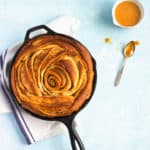 If you have some extra time to devote to breakfast or brunch this weekend, THIS is what you need to make. This 10″ cinnamon roll is loaded with all the traditional cinnamon roll goodness plus a gooey-sweet bourbon butterscotch kick.

For the salted bourbon butterscotch:

For the cinnamon roll:

Don’t have a skillet? Make this giant cinnamon roll in a 10″ cake pan instead.