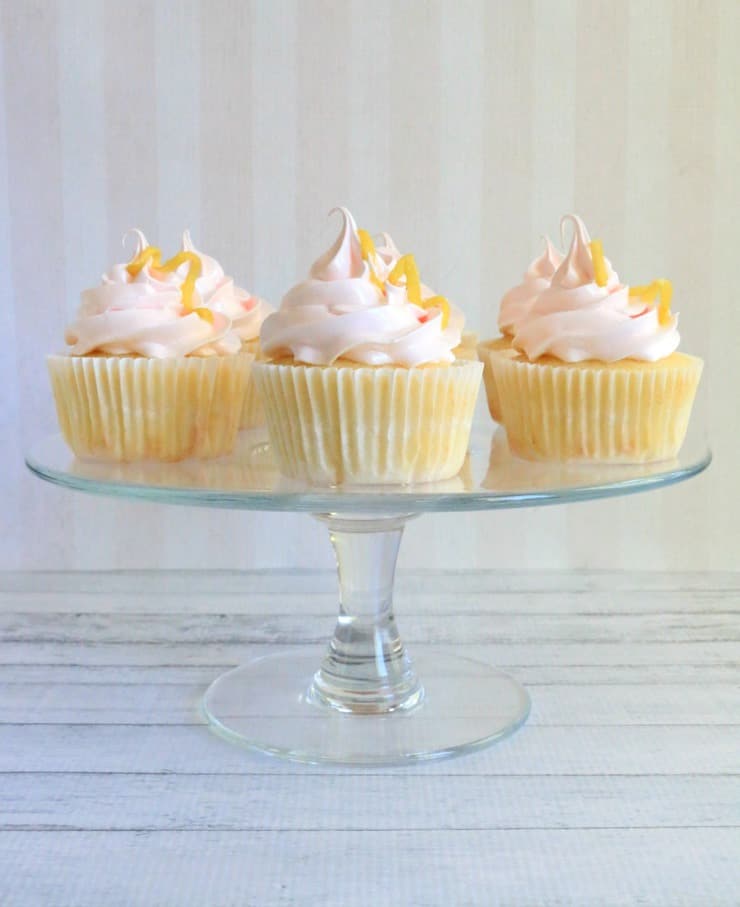 I love old family recipes, the kind that come on vintage (although not vintage at the time) cards, stained with years of use and love, kept in tiny faded boxes that were probably purchased sometime back in the 70s. While back in the US, I rediscovered my Mum’s little recipe box and have enjoyed pouring over all the little recipe gems tucked away in it, particularly those dating back to my grandmother and great-grandmother. Although I’m sure the recipes aren’t all original to them, it feels like discovering little culinary family heirlooms. As I was leafing through my favorite section, the desserts (of course), I came across a card from my grandmother titled “White fluffy frosting,” which was immediately snatched away by my Mum with an exclamation of glee. Apparently it had been a childhood favorite, and my Mum described it as having a light, airy texture. Clearly, it needed to be included in some recipe here! As a favorite of my Mum’s (and my Mum doesn’t normally like desserts so that’s saying a lot), it seemed only right to pair it with something else my Mum loves: lemons. We put our heads together, and it wasn’t long before a delightfully tart yet sweet cupcake (or, more accurately, a dozen of them) appeared on the counter.

Start by preheating your oven to 350* Fahrenheit (175* Celsius) and lining your muffin pan(s) with cupcake liners. In a large bowl, cream the butter until smooth. Add the granulated sugar and continue beating until small, sugary clumps form. Add the eggs, baking powder and baking soda, and mix until the batter is lump free (those chunks of butter won’t beat out later). Add the lemon juice, zest, and milk, and mix until just combined. Pour in the all purpose flour and mix until the cupcake batter is lump free, scraping down the sides as you go to get all of the flour (it has this annoying tendency to fly up the sides of the bowl out of reach of the beaters). Pour into the lined cupcake pan(s) and bake for 18-20 minutes, or until a toothpick inserted in the center comes out clean. 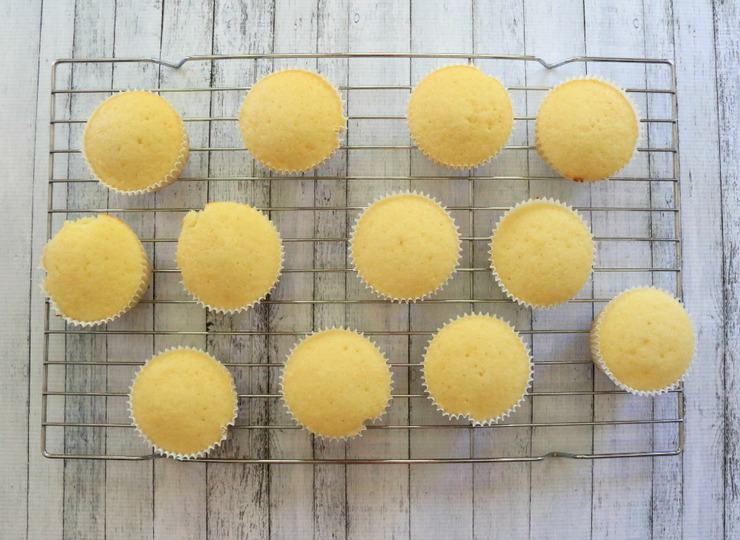 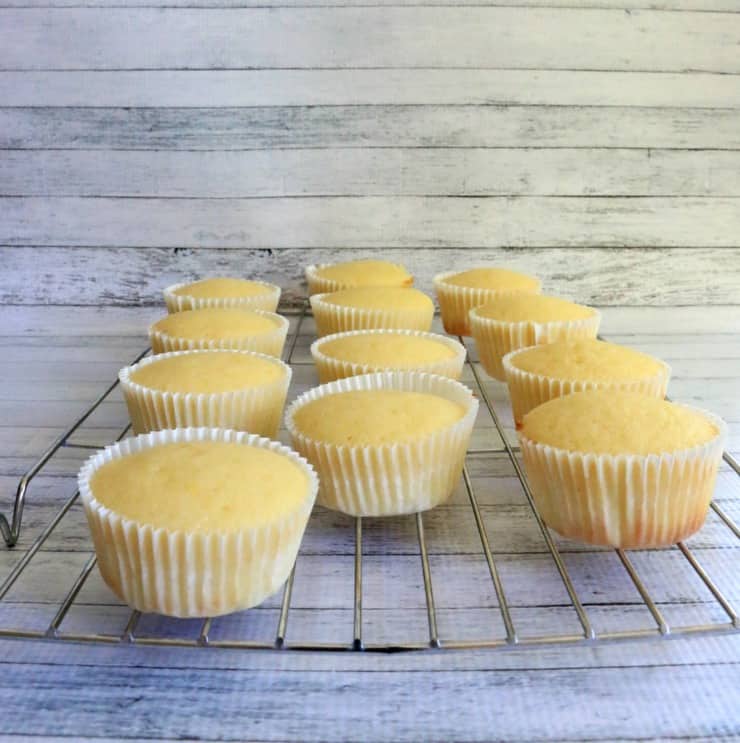 To make the frosting, combine the water and sugar in a small saucepan over low heat. Be sure to use low in the beginning so you don’t burn off all the water. Stir until the mixture becomes a clear, boiling liquid. If you have a candy thermometer, the syrup should register 240* Fahrenheit when it’s ready. As your syrup is working it’s way up to a boil, whip your egg whites and cream of tartar until stiff peaks form. Once the syrup is ready, slowly pour it into your egg whites, beating on low as you add the syrup. Immediately add the raspberry lemonade powder. Whisk the frosting on high until it’s cooled down to almost room temperature and can hold stiff peaks (about 10 minutes, but no more than that otherwise it’ll become too stiff). If you want a brighter pink than the powder gives you, you can whip in a few drops of red or pink food coloring right at the very end. Spoon your frosting into a piping bag and pipe onto the cooled cupcakes. 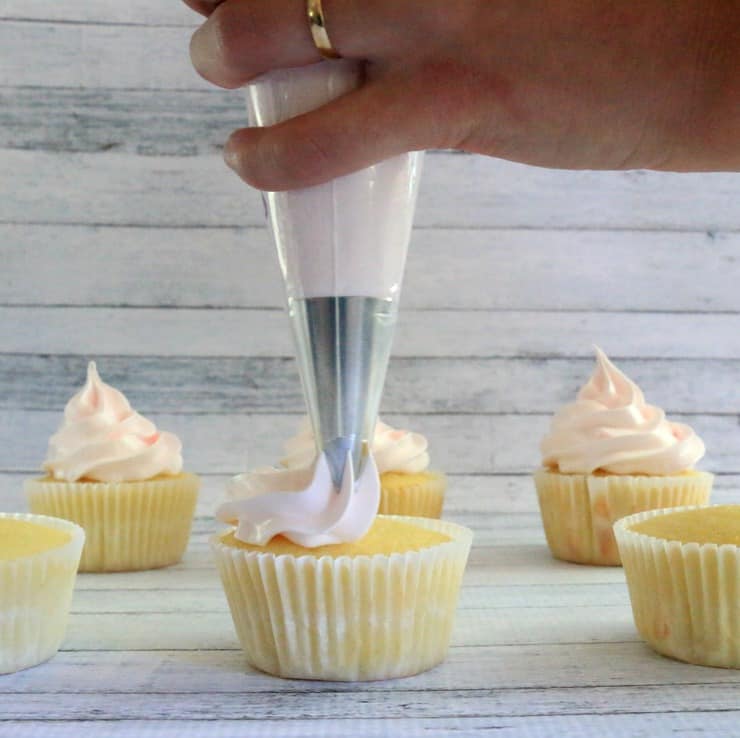 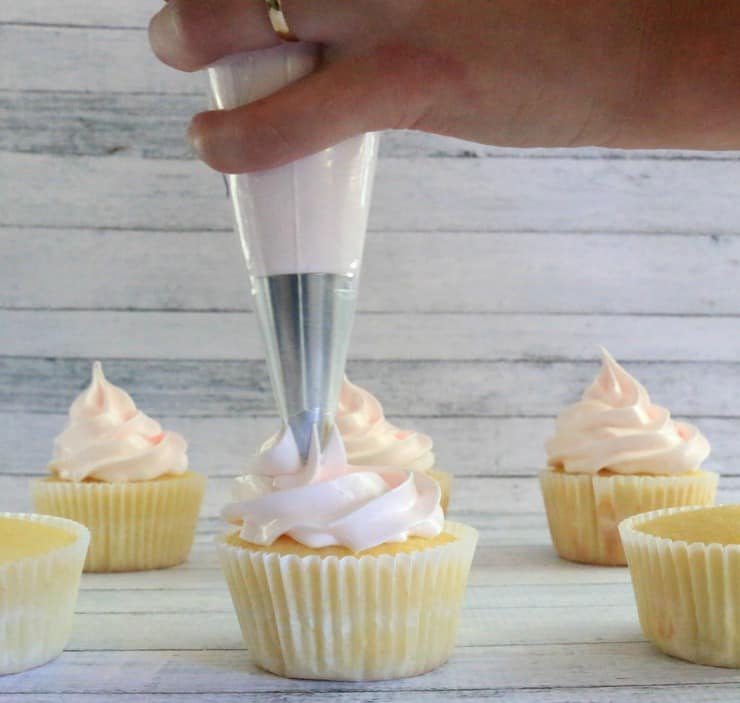 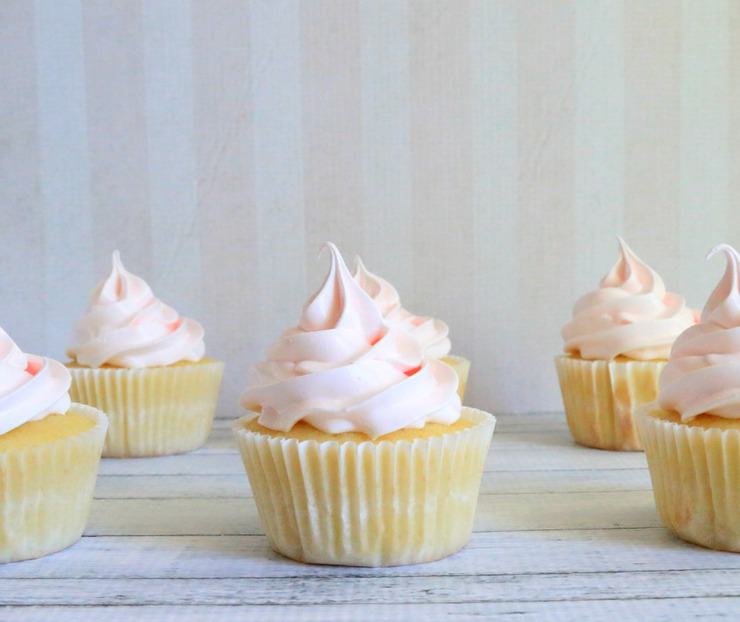 One note about the frosting: this frosting is so light and airy, and is quite possibly my new favorite BUT it can’t be made in advance and shouldn’t be used to frost cupcakes more than a day in advance (day of would be best). The frosting is very meringue like so it will get a skin on the outside the longer it sits out (don’t worry, though, it’s still soft and fluffy on the inside). 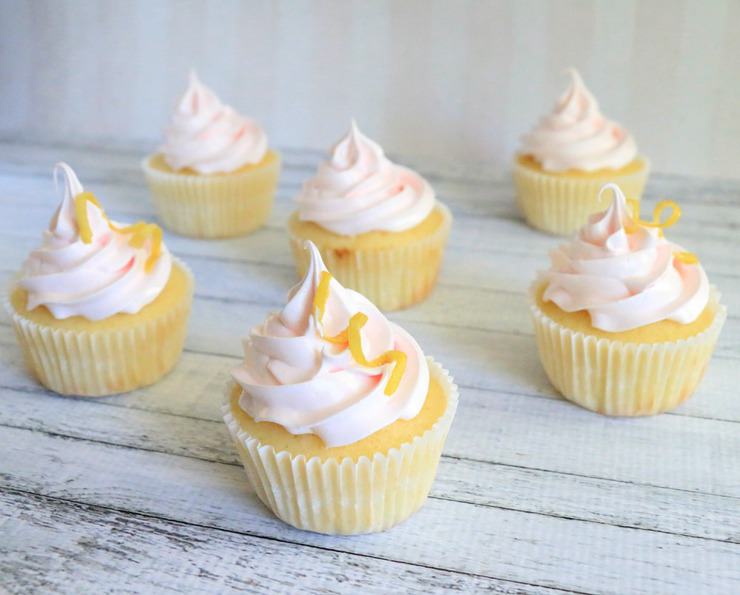 Every family has at least a handful of “secret” family recipes, passed down from generation to generation. What’s your favorite (you could even include the recipe if you’re feeling extra generous)? Join the conversation in the comments below!