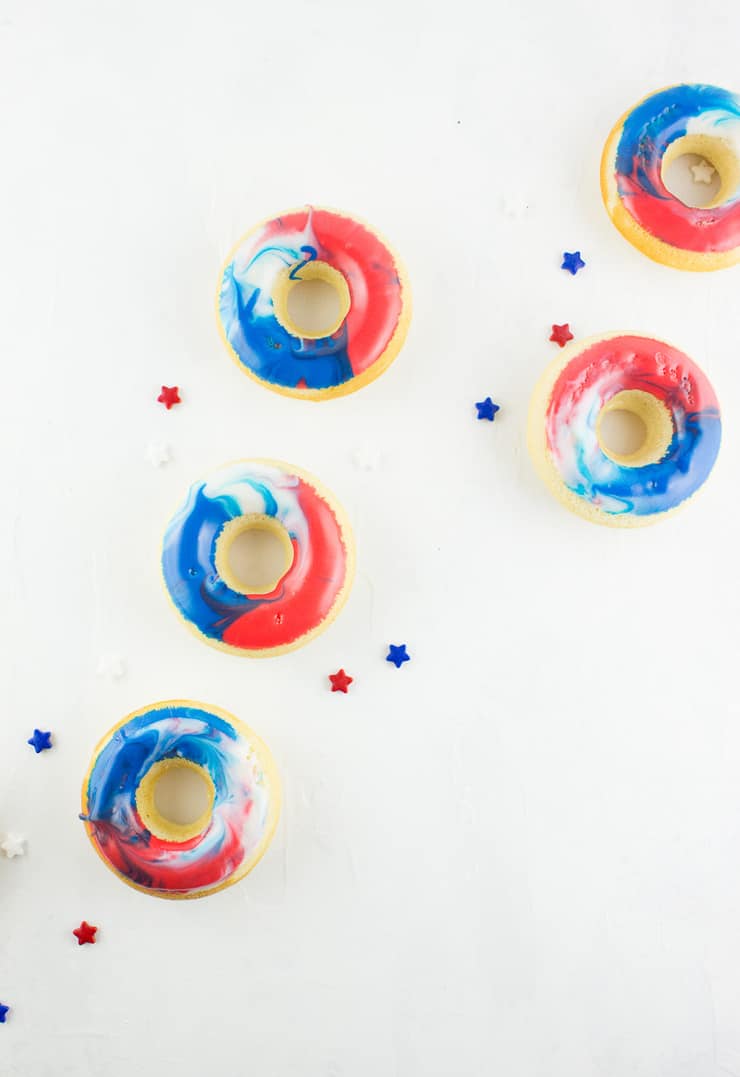 4th of July is practically right around the corner, and you all know what that means!

On this blog, at least, it means a panicked attempt at some last minute 4th of July post because the upcoming holiday slipped my mind for what is clearly the millionth year in a row. But not today 4th of July, not today!

I’mma be honest with you ladies and gents: it’s not just that it slips my mind, it’s that I’m just not particularly inspired the holiday. If you could see the lists of potential recipes I keep for my blog (we’re talking lists FOR DAYS people), they go “Halloween”  (clearly the longest list of them all), “Christmas,” and “Thanksgiving/New Year’s/Literally All the Other Holidays I’m Not Particularly Inspired By.” <–Actual list title

I know, I’m probably the worst American that way. 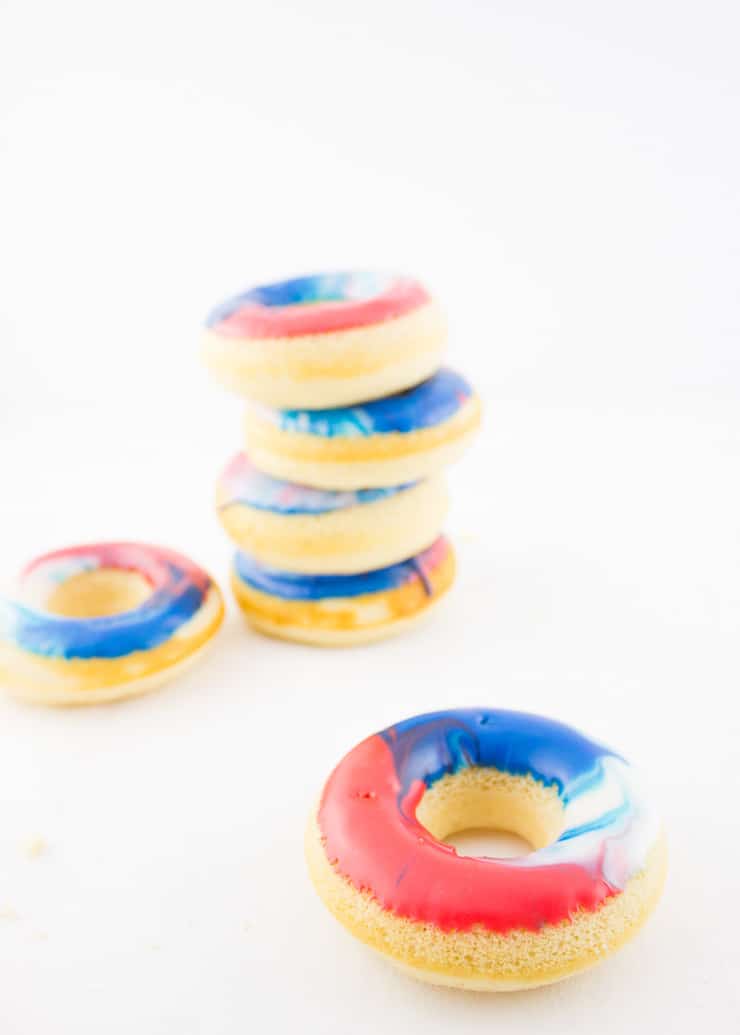 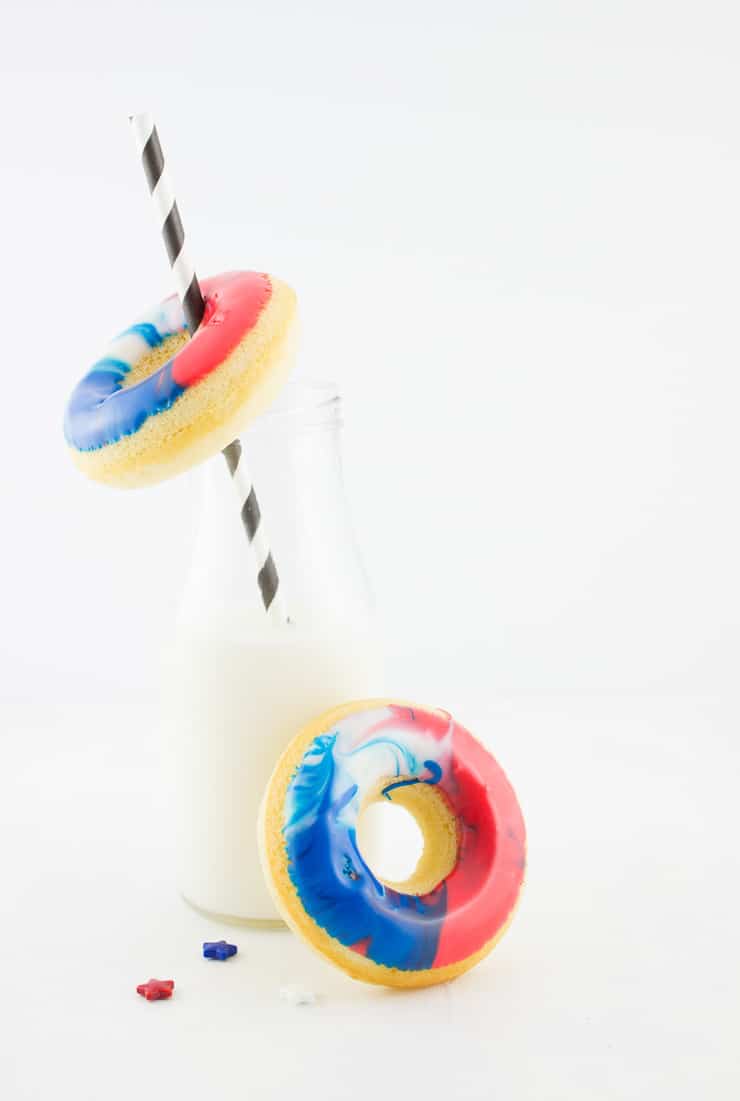 It’s not that I don’t appreciate everything that the 4th of July stands for, it’s just that you can only make so much red, white, and blue stuff. Unless you have mad cake skills, in which case you could probably make a ton of cool revolutionary war, old glory, and Abraham Lincoln flying in on a bald eagle with real fireworks cakes… That last one was oddly specific, I know. Cake goals, people, cake goals. 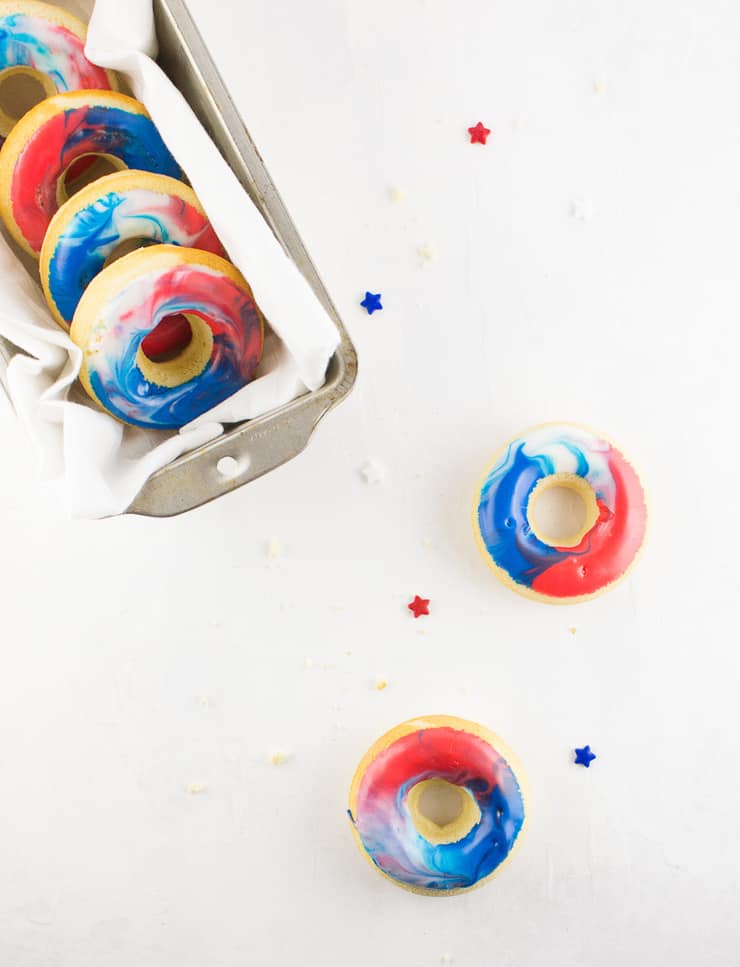 But this year, unlike pretty much every other year EVER, I am prepared. I. AM. SO. PREPARED. Bring it 4th of July. Not only have I remembered you, far enough in advance to not have to cobble something together at the last minute, but I’ve made TWO recipes. TWO. WHOLE. RECIPES.

I know, can we just marvel in that accomplishment for a moment? So. Satisfying. 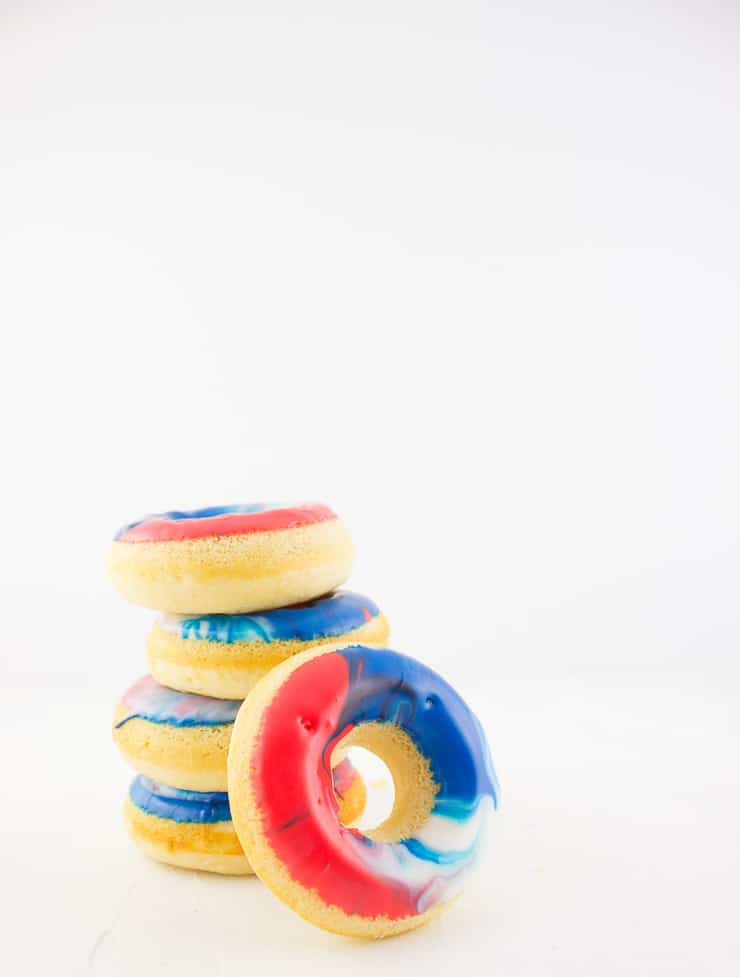 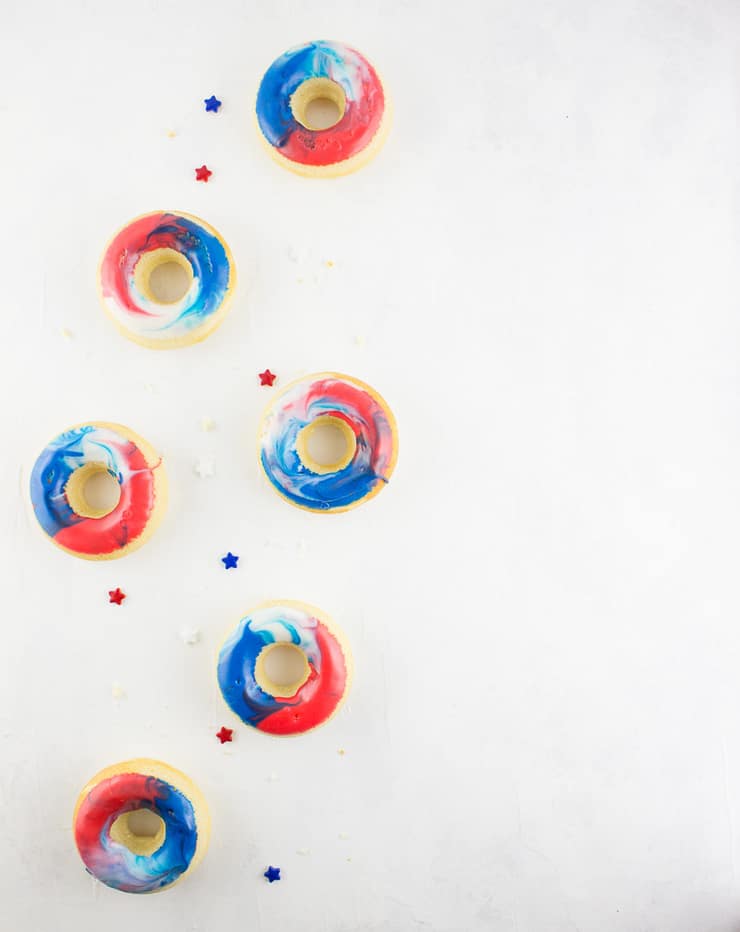 If you haven’t checked out the first recipe because you didn’t even know I’d gotten my shit together and would be doing 4th of July stuff this early (it’s ok, I don’t blame you), be sure to have a look at my super-easy red, white, and blue tart. Otherwise, be prepared to be shocked and awed by some doughnut deliciousness AND a quick video tutorial on icing these babies (“Video?!” you say. I know, I’m SO on top of it right now!)! 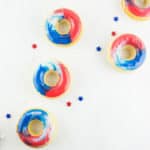 Give your 4th of July morning (or your afternoon BBQ) an extra bit of color with these red, white, and blue 4th of July doughnuts!