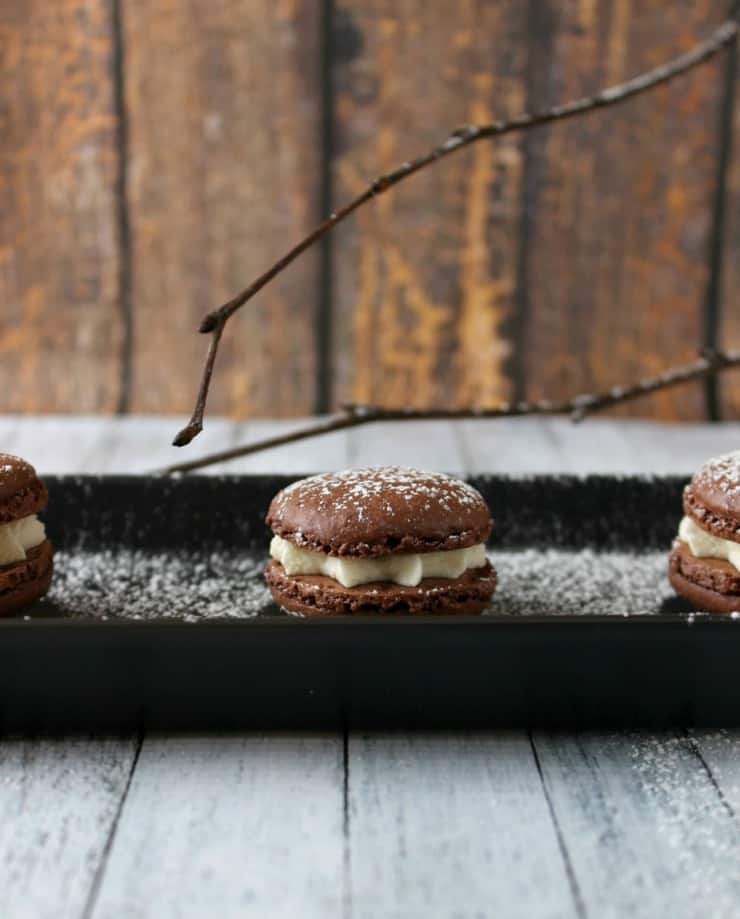 Despite it being almost the end of November and plenty cool, it still hasn’t gotten really cold here, nor has it snowed. Last year was the most mild winter I’ve experienced in my time here in Norway, and you know what? It was kind of lame. I mean seriously Norwegian weather, no white Christmas?! Norway of all places should definitely have a white Christmas every year! And now that we’ve had our official Christmas season opening here in town (in Norwegian it’s known as Julegateåpeningen), I’m ready for all things Christmasy and wintery. Apparently the weather hasn’t gotten the memo. But that’s not going to stop me from rolling out the winter baking, starting with these Mexican hot chocolate macarons!

People often think macarons are difficult, and although they can be a finicky dessert with lots of places to go wrong, they’re really not as difficult as their reputation might lead you to believe. A couple of tips for macaron success: 1. weigh your ingredients when possible (anything around a teaspoon or two can just be measured out instead of weighed), 2. use a template to make sure your macarons are the same size and therefore finish baking at the same time, and 3. the devil is the in the details so make sure to follow your recipes to a “t.” 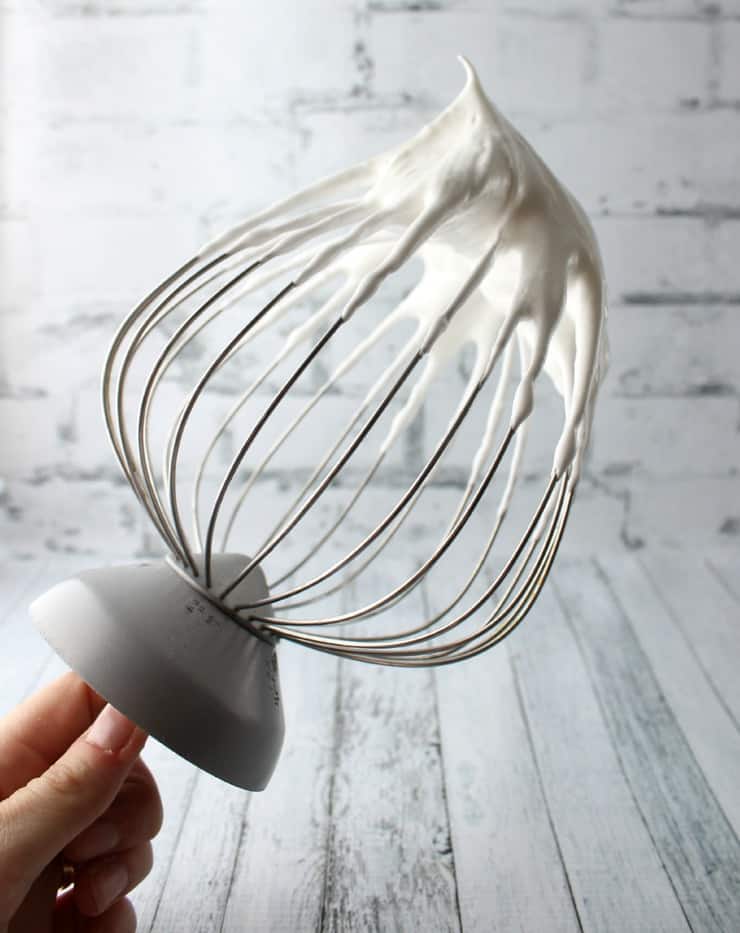 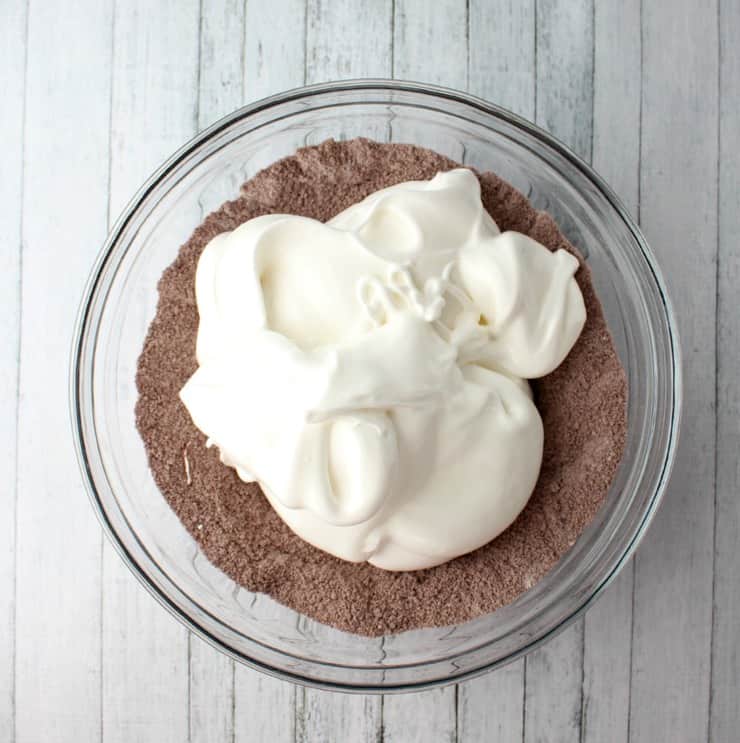 To make these macarons, start by sifting together your almond flour, baking cocoa, powdered sugar, cinnamon, and cayenne pepper. If you want an extra smooth shell, you can pulse these dry ingredients a few times in a food processor (since I don’t currently have one myself, I skip this step). In a large bowl, whisk together your egg whites, egg white powder (or meringue powder), and granulated sugar. Beat on high until a stiff meringue forms (about 11 minutes). You know your meringue is done when you can tip the bowl upside down and the meringue doesn’t move. Using a spatula, gently fold your meringue into your dry ingredients until just incorporated. 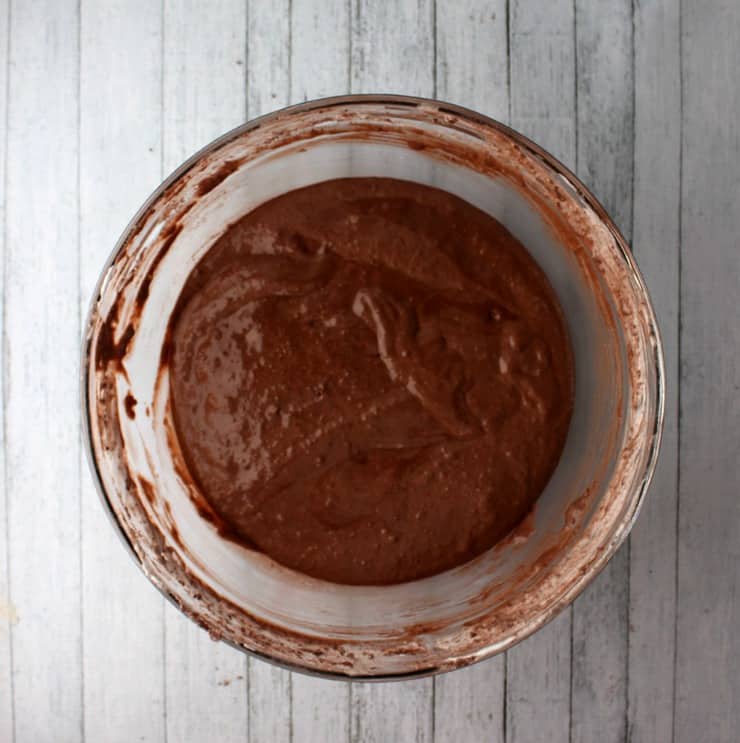 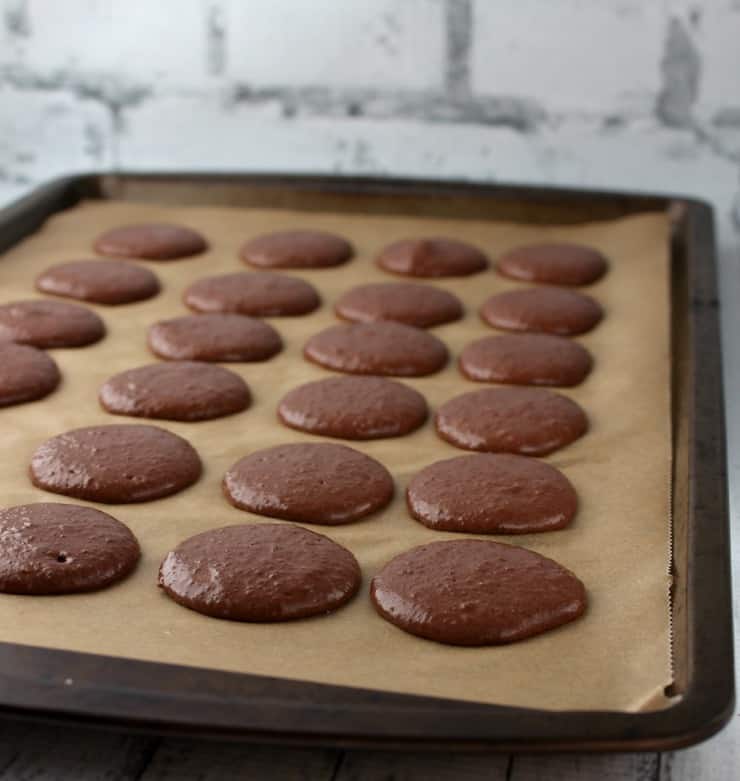 Line your baking sheets with parchment paper, and spoon your macaron mixture into a piping bag. Using a template as a guide (you can print out a template here), pipe all of your macaron shells (mine are about 1″ in diameter). This is a bit of a departure from the way I’ve made macarons in the past, but I find this technique leads to a much nicer shell with more even feet. Firmly slam your baking sheets down to release any air bubbles and let your shells air dry on your counter for 30-60 minutes. 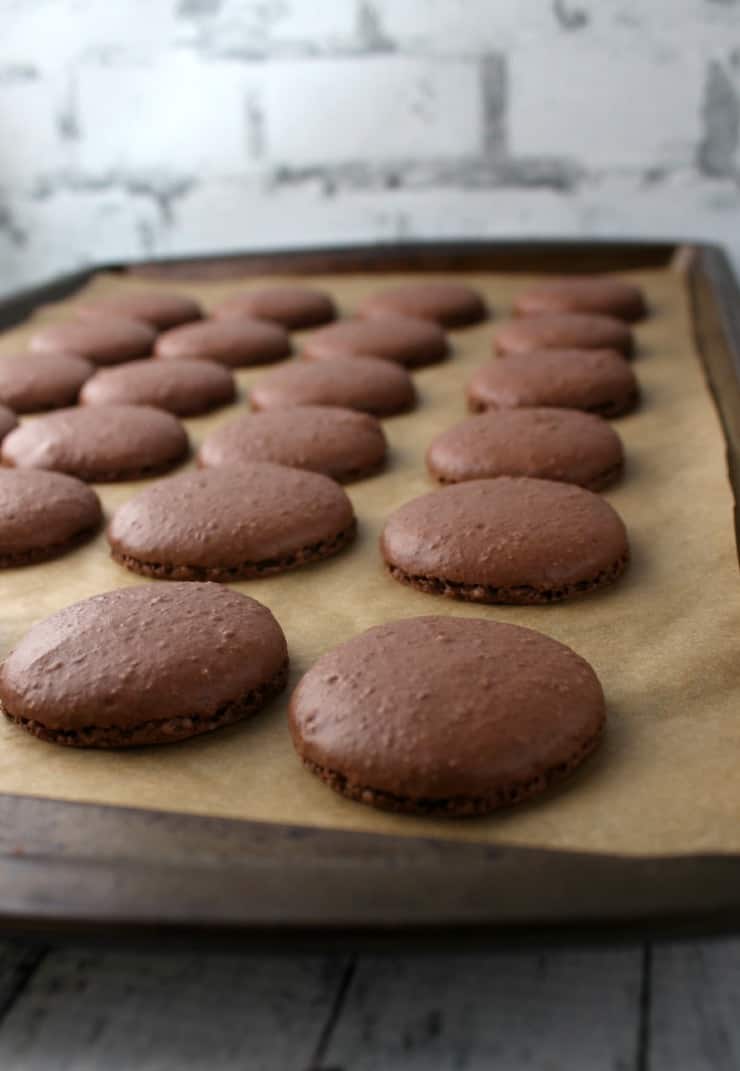 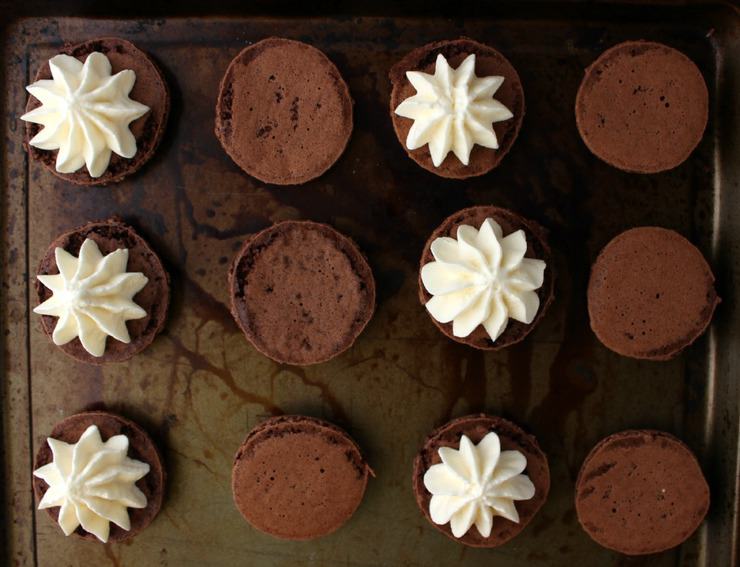 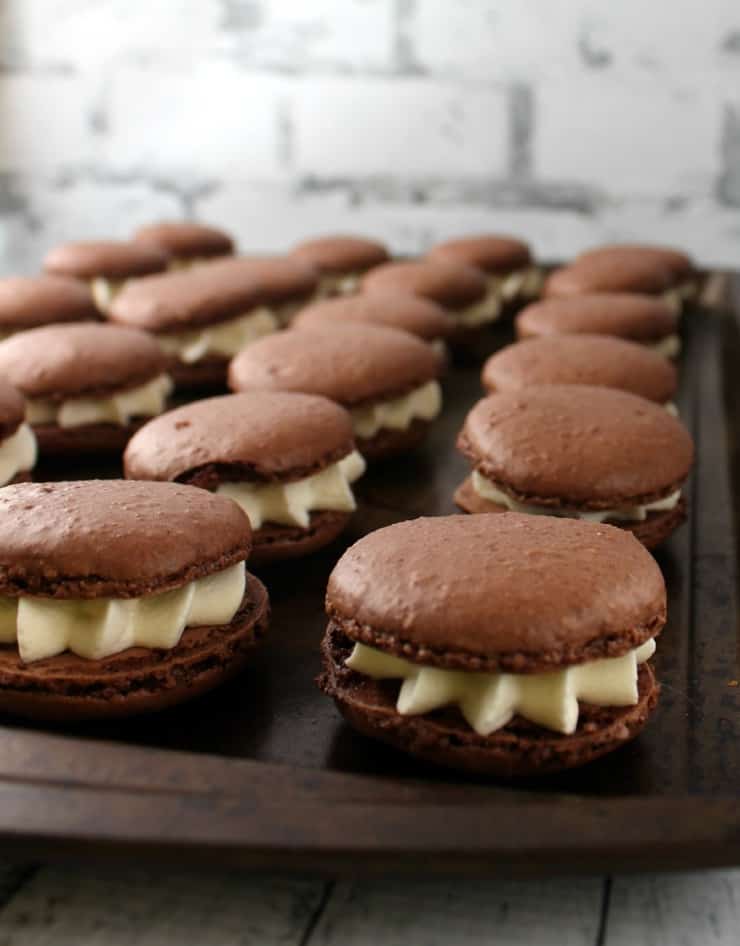 Preheat your oven to 325*F (160*C) and bake your dried macaron shells for 10-12 minutes. While the shells cool, you can whip up your filling. Since I was making Mexican hot chocolate macarons, a whipped cream filling seemed only fitting! In a medium bowl, whip your heavy whipping cream on high until soft peaks form, add your granulated sugar, and continue whipping until you have stiff peaks. Spoon the mixture into a piping bag (I used a large star tip) and pipe onto half of your cooled macaron shells. Top with the other half of the shells, and give them a light dusting of powdered sugar if you’d like (it doesn’t really add to the flavor, but I thought it was pretty!). 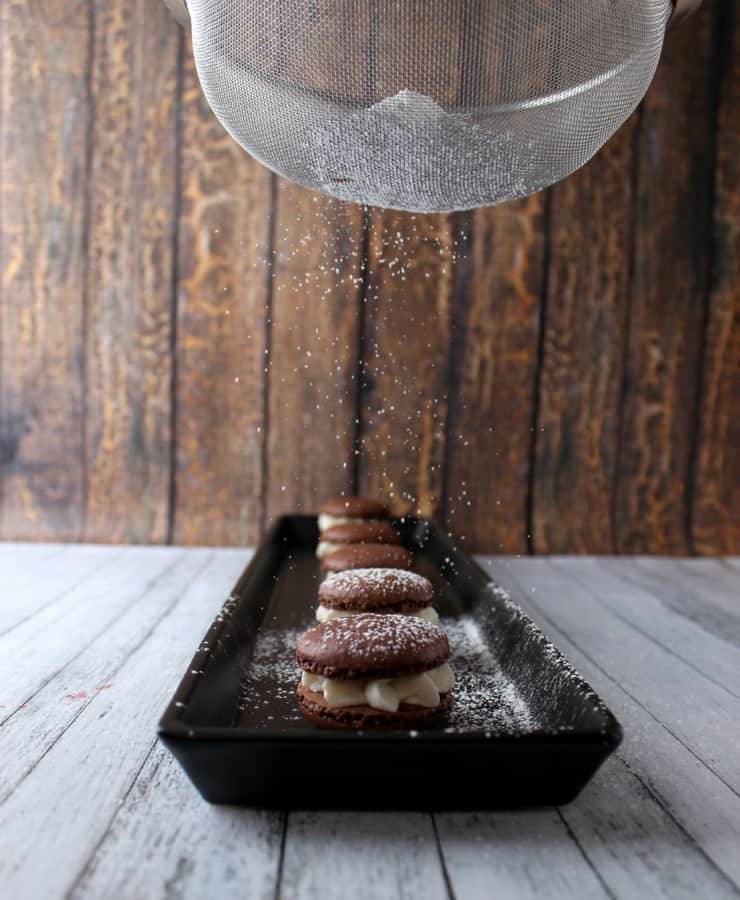 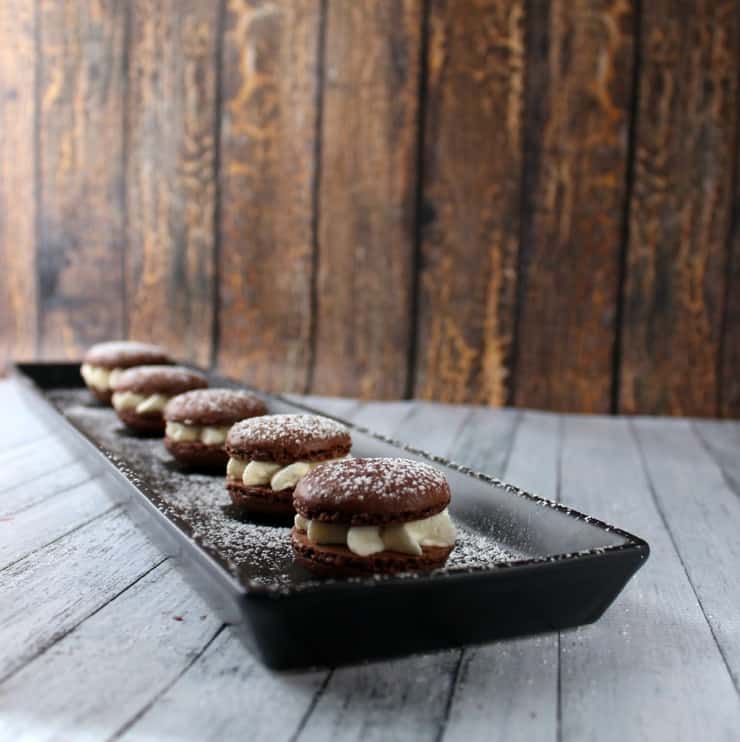 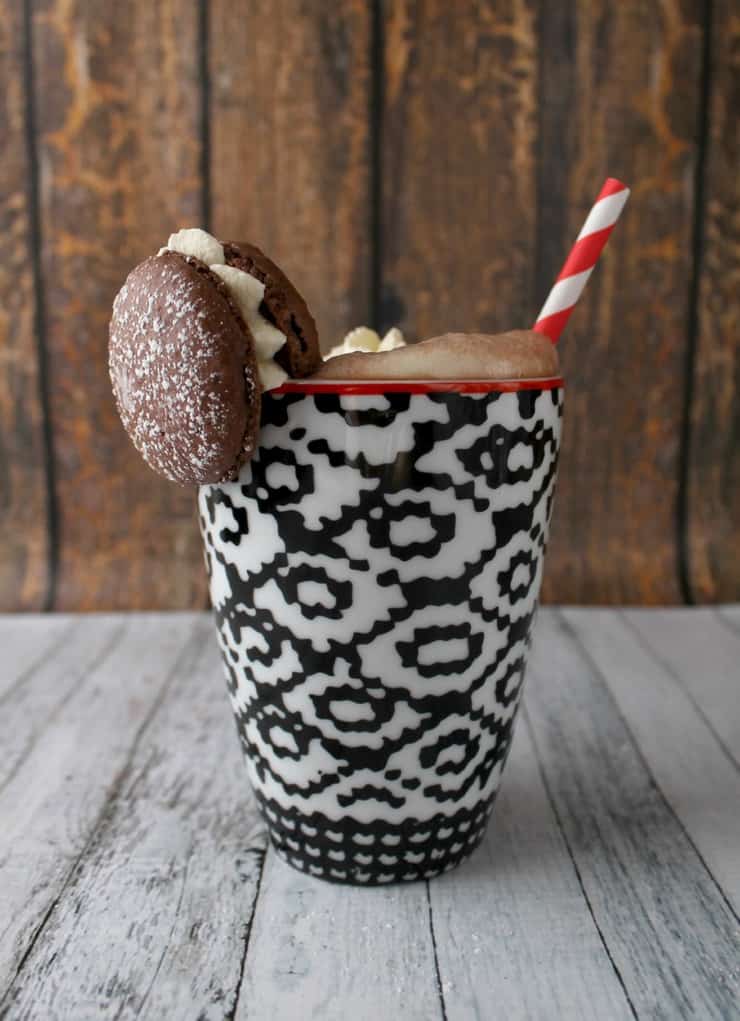