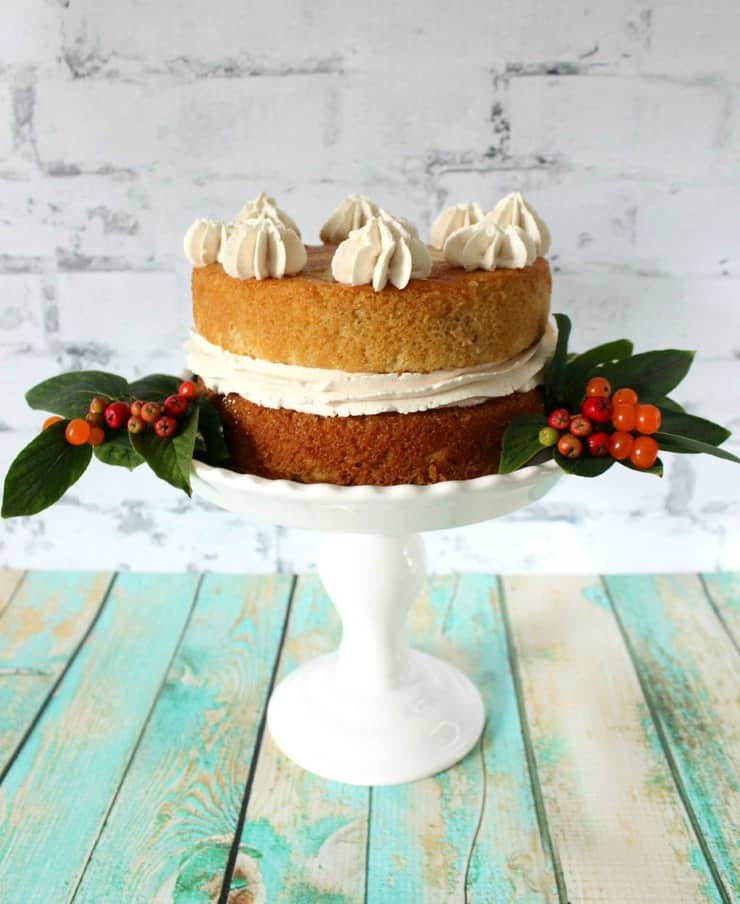 Have you ever noticed how fall is almost exclusively associated with pumpkins and pumpkin flavored things? Of course you have. If Starbucks hasn’t already made it apparent, then everything else pumpkin flavored sure has! Now, don’t get me wrong. I LOVE pumpkin flavored… well… everything! But pumpkins aren’t the only delicious fall produce. Who says they should get all the limelight, huh? So today, no pumpkin fall stuff (also, I don’t actually have any cans of pumpkin puree here in Norway… but that will be remedied shortly so be prepared!). Instead, today I want to focus on apples. Deliciously crisp fall apples.

To make the cake, start by beating your room temperature butter until it’s smooth. Add the granulated sugar and beat until small, sugary lumps form. Beat in the eggs, baking soda, baking powder, ground cinnamon, and vanilla extract, until the batter is smooth and free of lumps (particularly those pesky butter lumps). Finally, mix in the milk and flour until just combined. Line two 6″ cake pans with parchment paper, grease the sides, and arrange your thinly sliced apples around the bottom. Gently (and I mean gently) pour the batter over the apples, dividing the batter evenly between the two pans (it works out to about 1 cup of batter per cake pan). Bake the cakes for 20-25 minutes, or until a toothpick inserted in the center comes out clean. 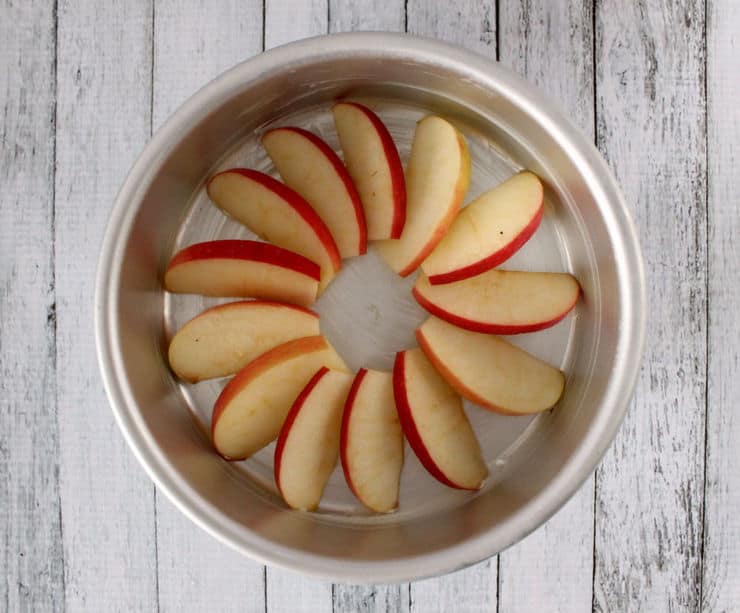 While the cakes bake and/or cool, you can whip up the frosting! This frosting is a swiss meringue buttercream so it’s very light and airy, but will take a little time to make. Set a bowl over a pot of boiling water, and whisk your egg whites and sugar until the sugar granules have dissolved. Remove the bowl from the pot of bowling water, and beat the mixture on high until it has cooled to about room temperature and holds stiff peaks (about 8 minutes). Add the cinnamon and vanilla extract, and begin beating the meringue, adding small cubes of cold butter one at a time until all of the butter has been added. Continue beating the frosting until it starts to look curdled and then finally smooth (if it doesn’t look right, just keep beating! I promise it’ll come together). 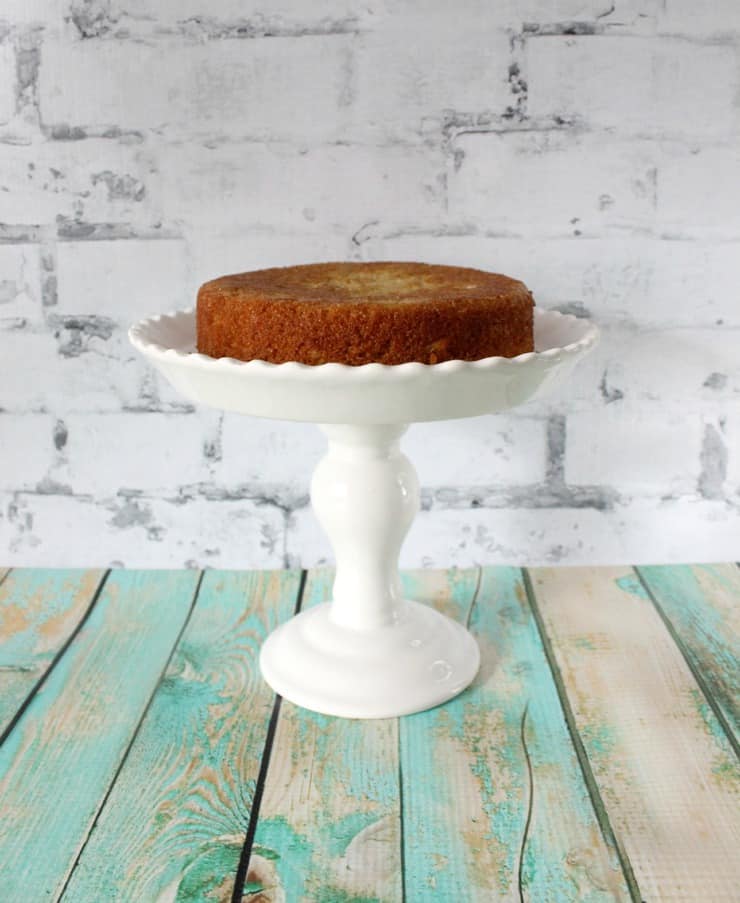 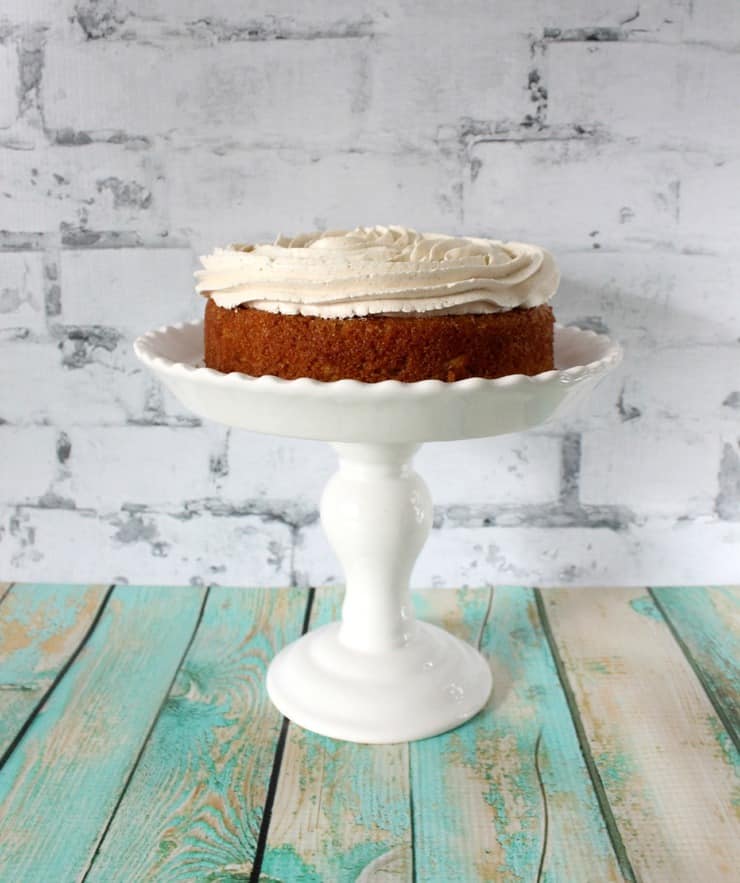 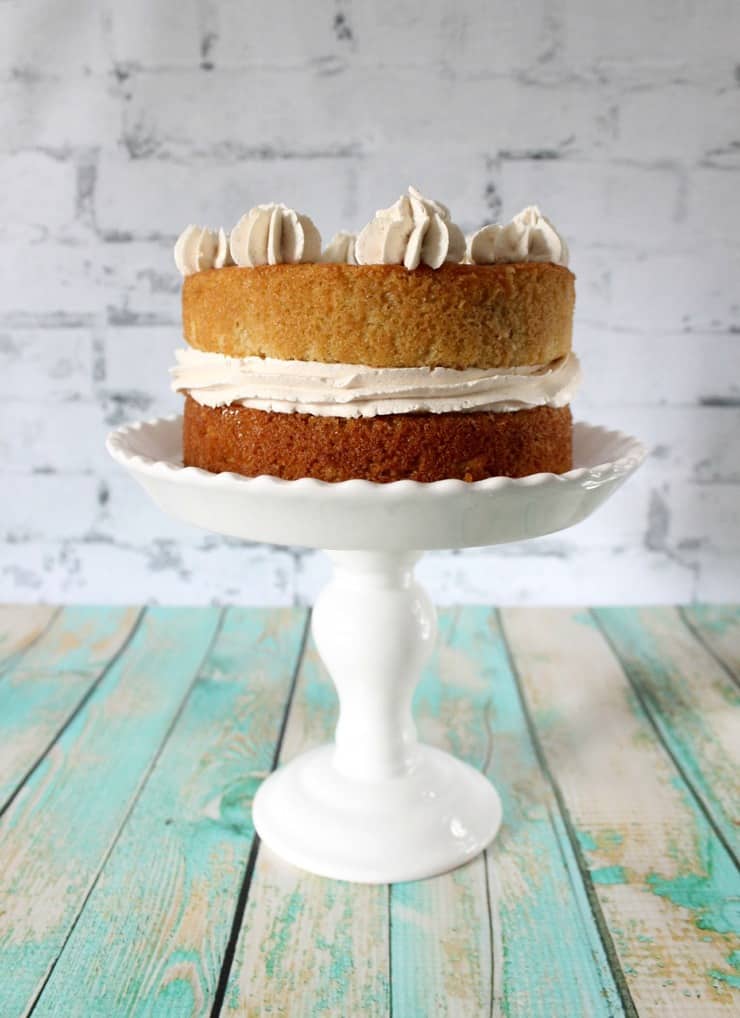 Spoon the frosting into a piping bag with a star tip, and pipe a layer for frosting around the top of the first layer. Make sure to come all the way out to the edge with your frosting, otherwise you won’t see the pretty design! Cover your frosted layer with the second layer of cake (pretty apple design facing up) and pipe small dollops of frosting around the top (if you want… but it does make it extra pretty!). 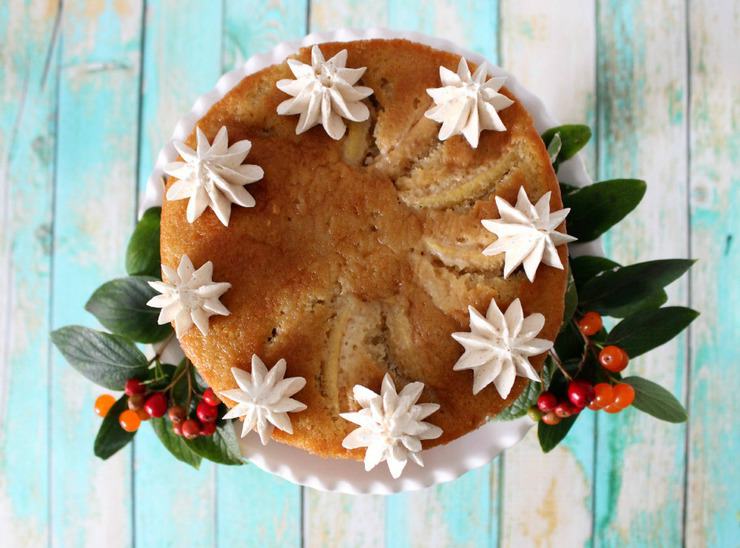 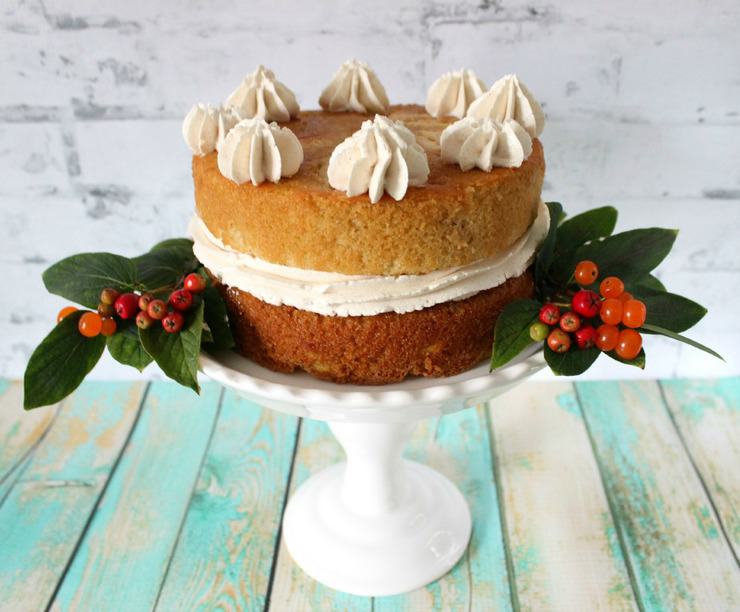 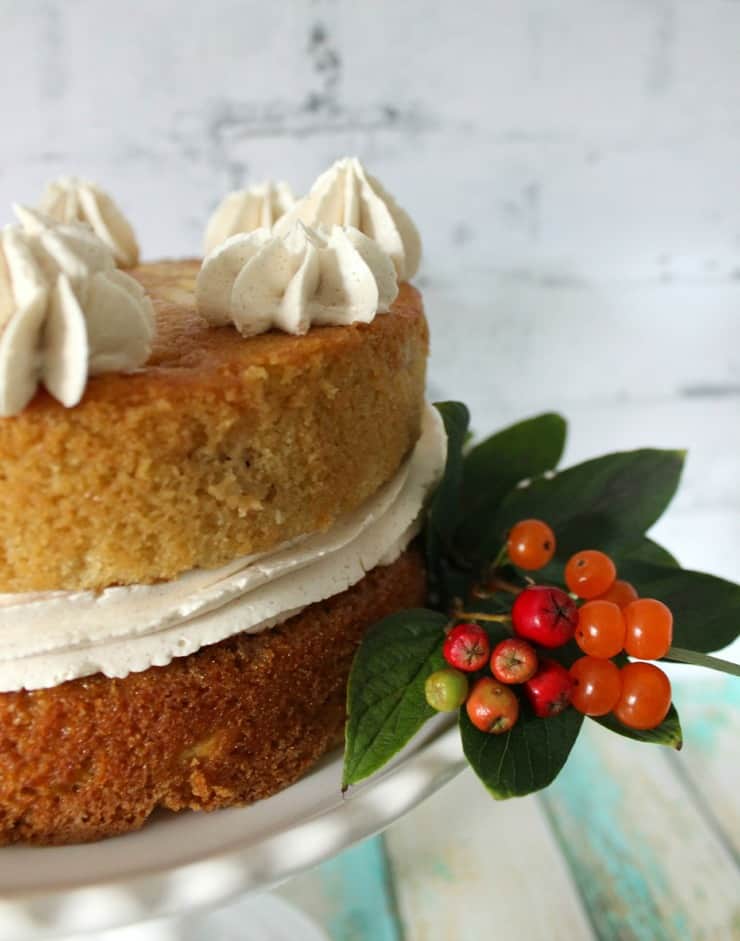 I do love pumpkin flavored goodies, but pumpkin isn’t the only delicious fall flavor out there! What’s your favorite fall flavor that’s not pumpkin? Share your thoughts in the comments below!