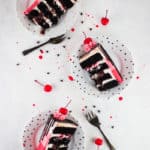 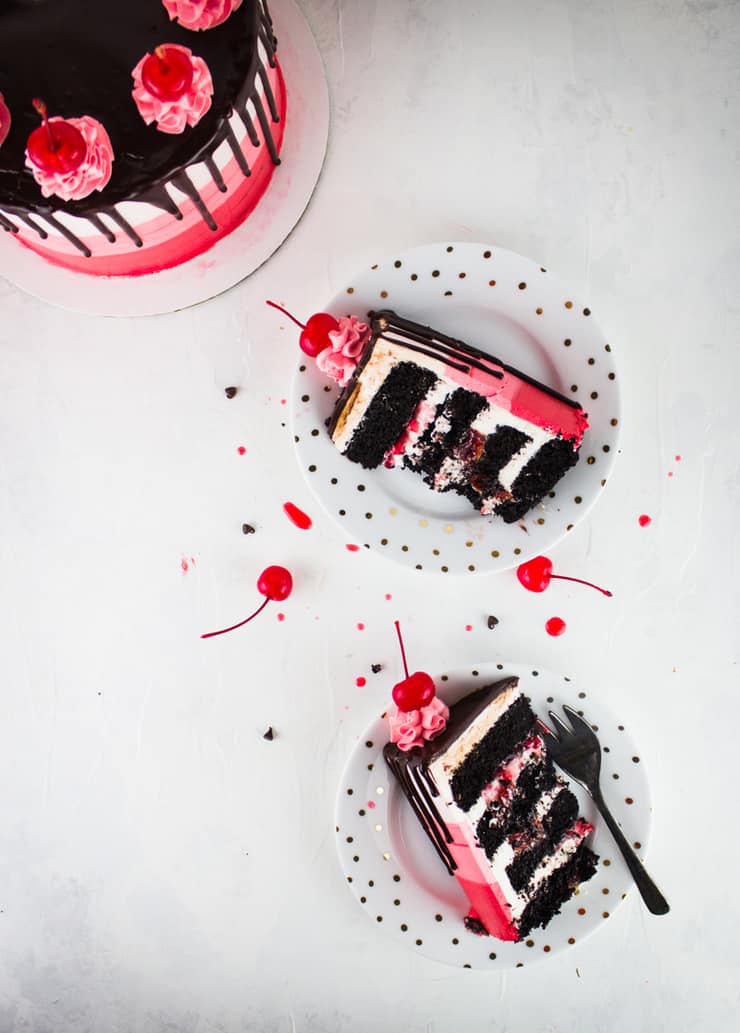 During my time in Norway, there were many things I missed. Excluding the obvious family and friends (yes, yes, you guys were number one), I missed being able to waltz down to the grocery store to pick up a Betty Crocker box mix in flavors other than chocolate, vanilla, red velvet or pop rocks (seriously Norway, there were four flavors of cake mix at our local grocery store and one of those was “pop rocks.” How is that the logical fourth option?!).

I missed having a selection of Oreos that went beyond original and double stuffed. International peeps: there is a whole world of Oreo deliciousness beyond original and double stuffed… LET ME SHOW YOU THE WOOOOOOOOOORLD! SHINING SHIMMERING SPLEEEEEEEEENDID… <— Is what you’ll be saying when you realize there are some 60+ Oreo flavors out there (seriously guys, I counted) 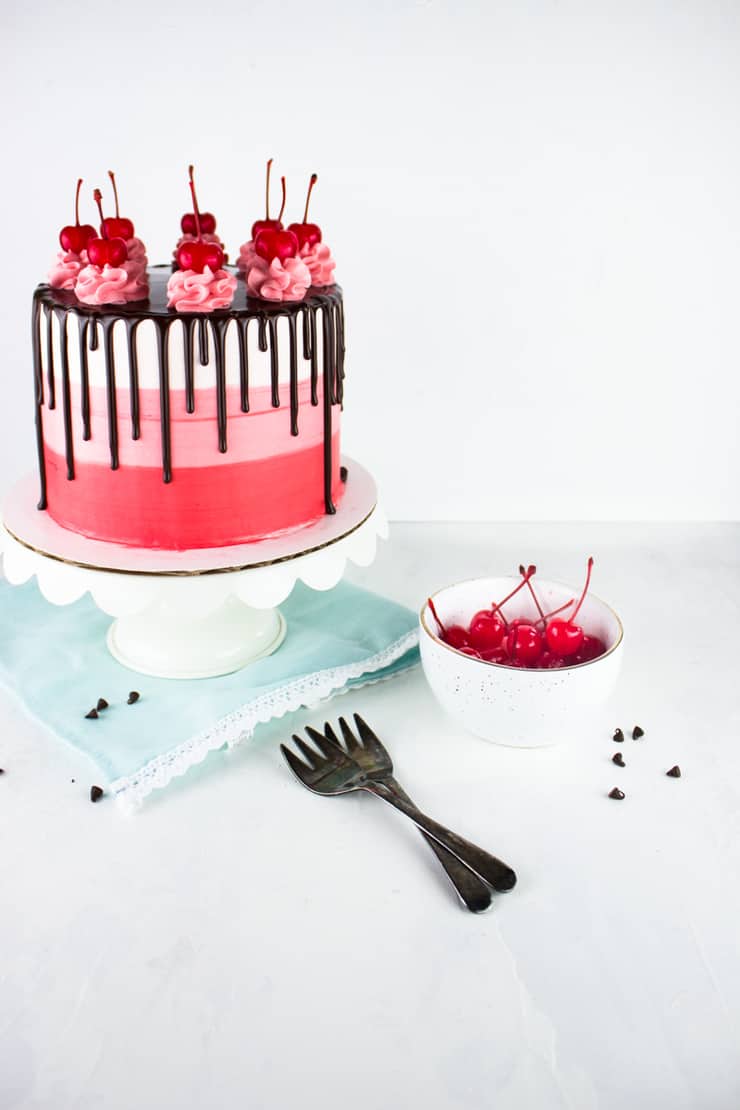 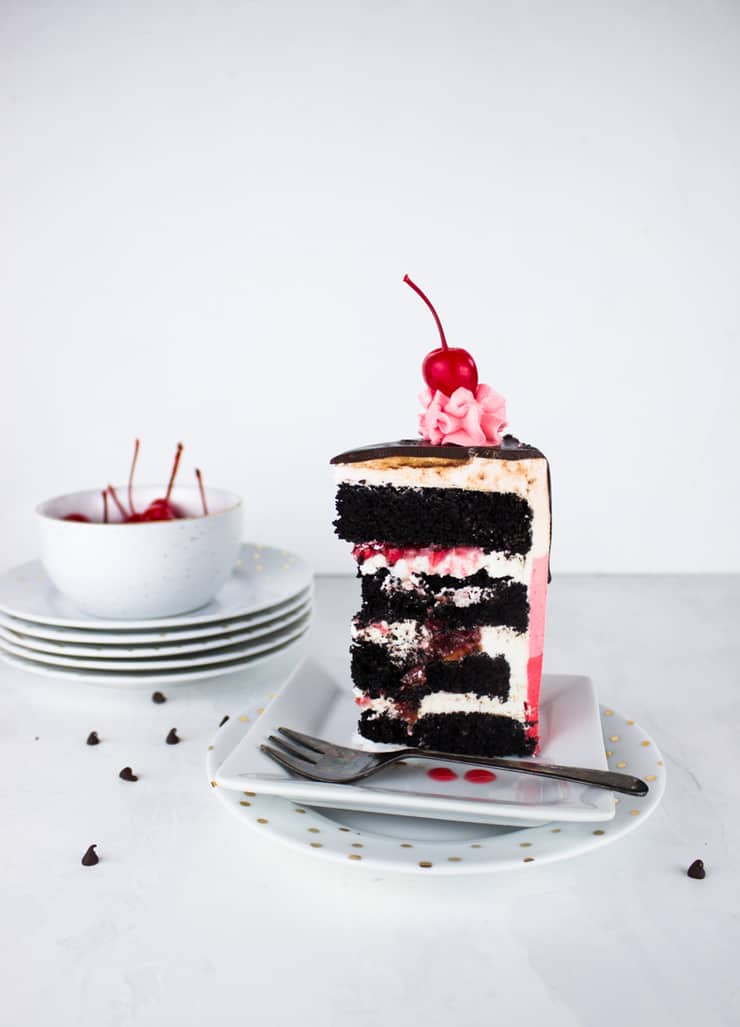 I missed having an entire isle of ice cream to choose from. That dinky 6″ x 3″ cooler with normal flavors like vanilla, chocolate and Neapolitan… That just wasn’t going to cut it! Where was my Ben and Jerry’s yo?!

As luck would have it one summer, the little convenience store in the center of town, in what was definitively the most touristy place, got several cartons of my best buds Ben and Jerry. It’s was like Christmas come early. Unfortunately they didn’t carry any of the hallmark Ben and Jerry’s flavors like Chubby Hubby, Chunky Monkey or Cherry Garcia (you’d have to drive a good 5 hours to find those) but stiiiiiiiiiiiiiill. It would have to suffice. 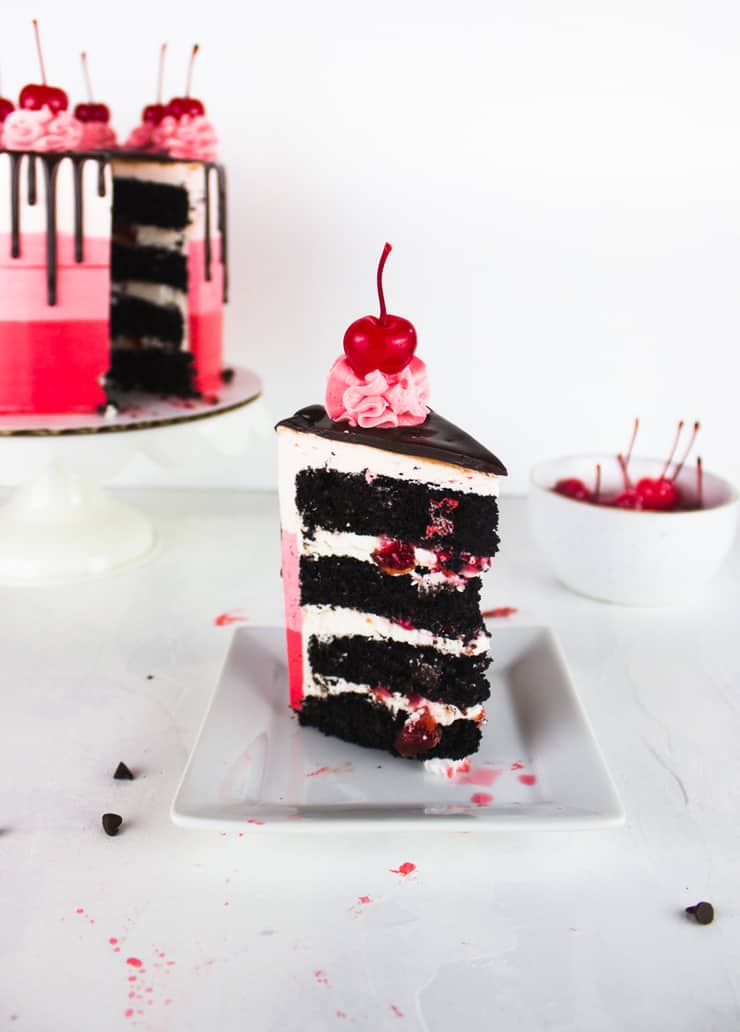 It was around that time I started developing this Cherry Garcia inspired cake. Layers of moist, dark chocolate cake, tart bits of cherry, smooth buttercream frosting… somehow I never actually got around to making it (awful, I know). But I stumbled across it again a few weeks ago and decided it was high time this little gem made it’s debut! 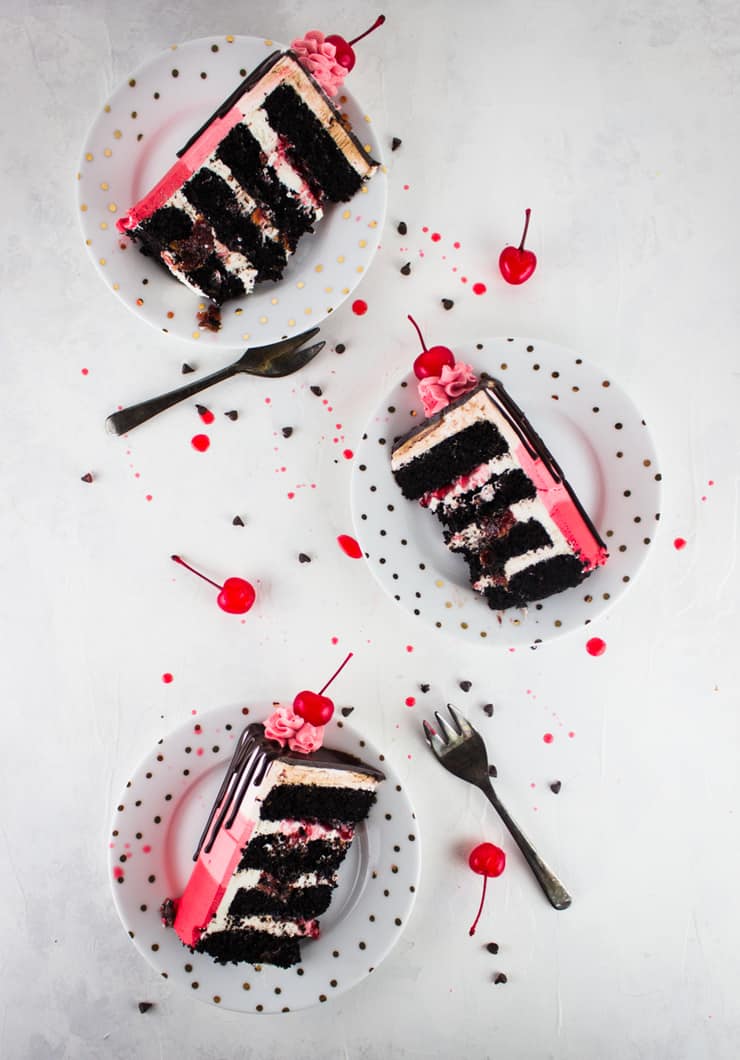 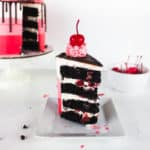 This Ben and Jerry’s inspired cake has 4 layers of dark chocolate cake, a sweet cherry compote filling and rich vanilla buttercream frosting. Wrapped in an ombre frosting and topped with a dark chocolate ganache, this sweet treat is sure to delight!

For the chocolate cake:

For the chocolate ganache: