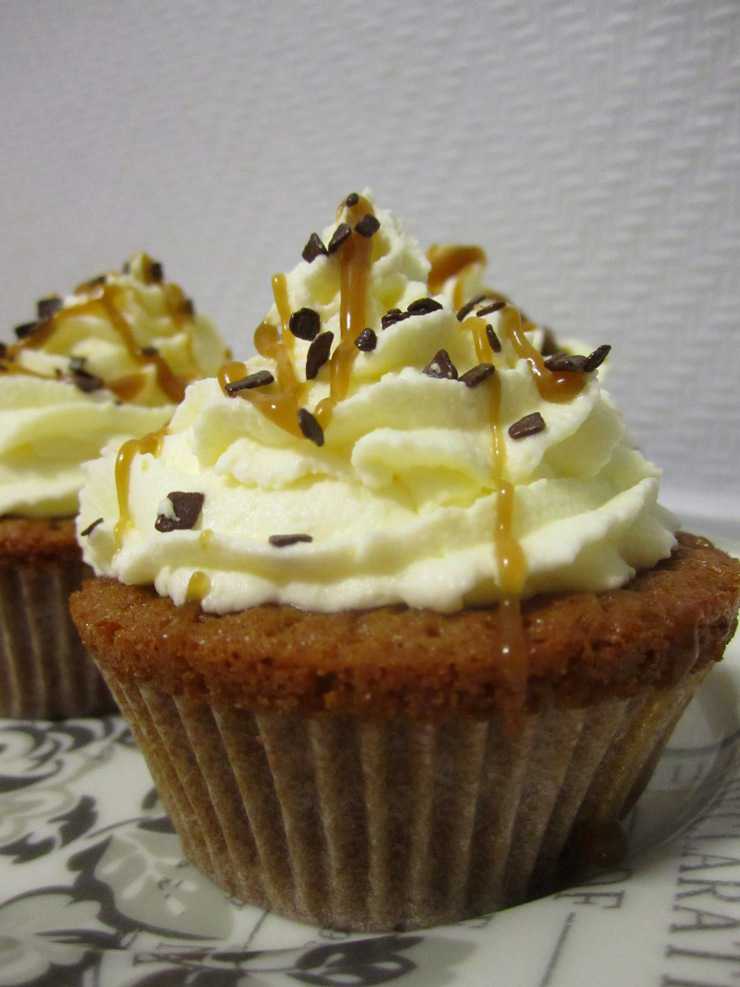 Another flavor my friends requested when I asked for Starbucks inspired cupcake ideas was white chocolate mocha caramel. Wow, that makes for a long name! There were several requests involving caramel garnished cupcakes, you may be seeing a number of them over the next few weeks as I’m trying to use the same batch of caramel. Call me lazy, but I hate to make multiple batches of something if I don’t have to, particularly it makes a large batch that I’m having to throw away in the meantime. So here’s another Starbucks inspired cupcake to tickle your tastebuds!

Start by preheating your oven to 350* Fahrenheit (175* Celsius) and lining a cupcake pan with liners. In a small sauce pan, melt the butter. Stir in the milk and bring the mixture almost to a boil. The point here is that we’re trying to get all of the cold ingredients warm so they won’t make the chocolate seize up later. Remove the pan from the heat and add the cocoa powder and espresso powder, stirring until there are no more lumps. Break up the white chocolate and drop it into the mixture. Stir until the chocolate is completely melted. In a large bowl, beat the eggs, baking soda, baking  powder and vanilla extract. Pour the mixture from the saucepan into the bowl along with the granulated sugar, and mix until everything is combined. Add 1/2 cup flour, sour cream, and the final 1/2 cup of flour, mixing between each addition. Pour the cupcake batter into the cupcake pan and bake for 18-20 minutes, or until a toothpick inserted in the center comes out clean. 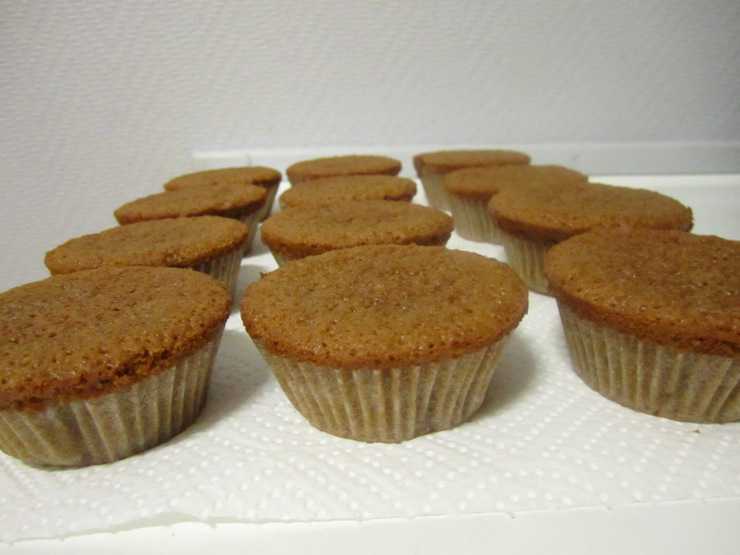 While the cupcakes bake, you can prepare the frosting. In a medium sized bowl, whip the heavy cream on high until it forms stiff peaks (about 5 minutes). Add the powdered sugar and vanilla extract and whip until just combined. You want to be careful not to over-whip your cream. Spoon the whipped cream frosting into a piping bag with a tip of your choice, and pipe onto the cooled cupcakes. 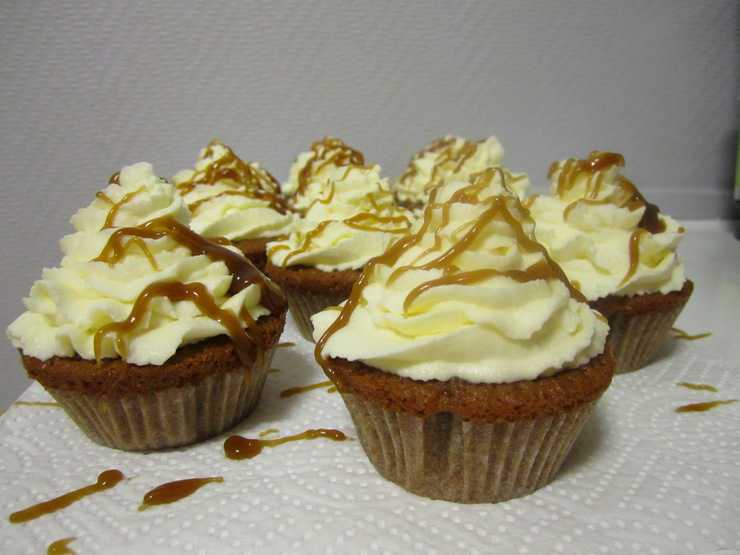 I happened to have leftover caramel sauce from the last time I made cupcakes, but if you’re not so lucky to have some just lying around, don’t worry. This is a quick and easy caramel recipe. In a medium pan, combine all the ingredients over medium-high heat, and stir until the mixture comes to a boil. Lower the temperature to medium, and continue to boil and stir until the caramel thickens (about 8-10 minutes). Remove from heat and pour into a heat-proof container. Put in the refrigerator until no longer hot (25-30 minutes). Once the caramel has cooled, drizzle it over the frosting with a spoon. 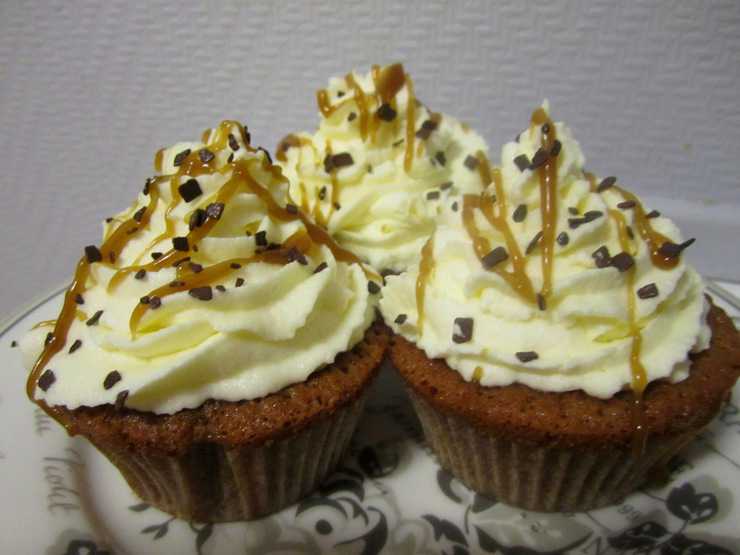