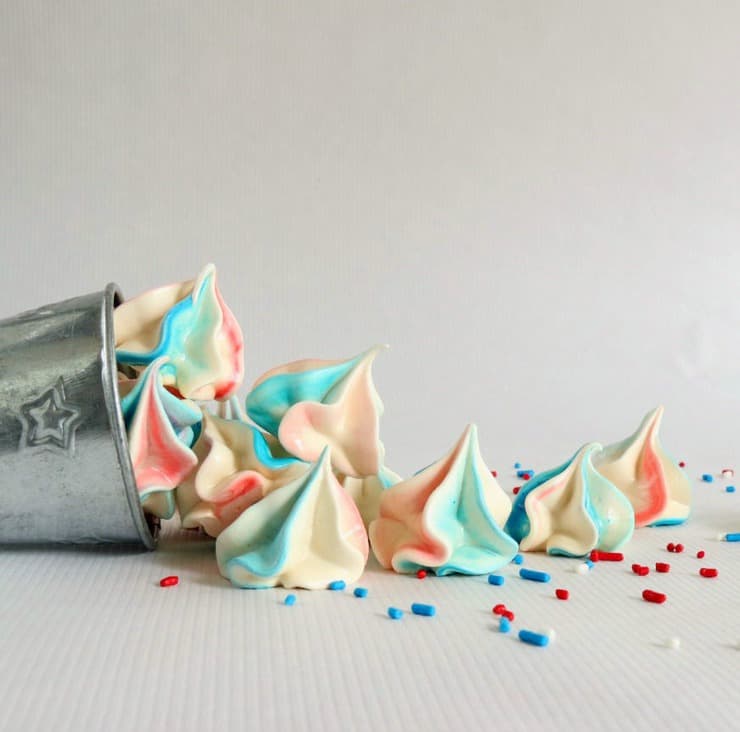 I don’t know about anyone else, but summer always ends up being a time of grandiose baking plans for me. I say plans, because despite the fact that I usually have time off (one of the perks of being a teacher) and spend quite a bit of that time at home in the US with my Mum who is also an avid baker, I tend to stop at the planning stages. Not because I want to, mind you. I think it has more to do with the fact that after those long, dark Norwegian winters, I feel like a bear coming out of hibernation and I just have to get out of the house and do everything imaginable outside. Also, because it’s hot here in central Oregon during the summer, my Pappo often bans the extended use of the oven. 90 degree+ days don’t mix well with oven use. Despite the fact that I showed up with my usual long list of baking ideas, I figured this summer would be much the same. What I didn’t expect was to show up to a list of baking plans that my Mum had made, following by a pile of cookbooks and a trip to the bookstore to get more. This may just be the summer of baking in this house! With the 4th of July just around the corner, we decided to tackle that first, and came up with a super easy, summery dessert! These sweet little meringues may require a fair amount of low-temperature baking, but they’re so worth it!

Start by preheating your oven to 200* Fahrenheit (about 95* Celsius) and lining two baking sheets with parchment paper. I’ll warn you right now, these meringues take about 4-6 hours to bake, so keep that in mind when preparing to bake these. In a large bowl over a pot of boiling water, whisk your egg whites and granulated sugar together until all of the sugar has dissolved. You can test this by sticking your finger in the mixture and seeing if you can still feel the sugar granules. If you can’t, it’s ready, if you can feel the granules, keep stirring. Once all of the sugar has dissolved, remove your bowl from the pot of boiling water and whisk on high (with an electric mixer) until the meringue has cooled to room temperature (about 8-10 minutes). The meringue should also be glossy and should hold stiff peaks. Whisk in the vanilla extract at the very end. 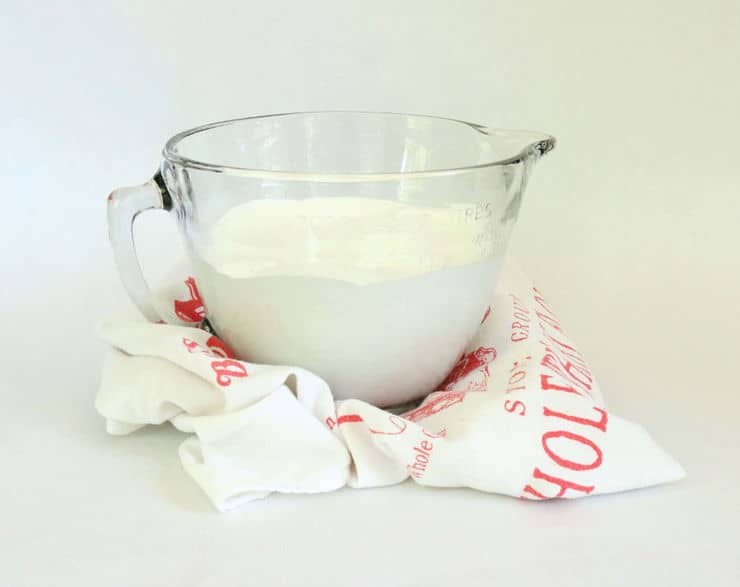 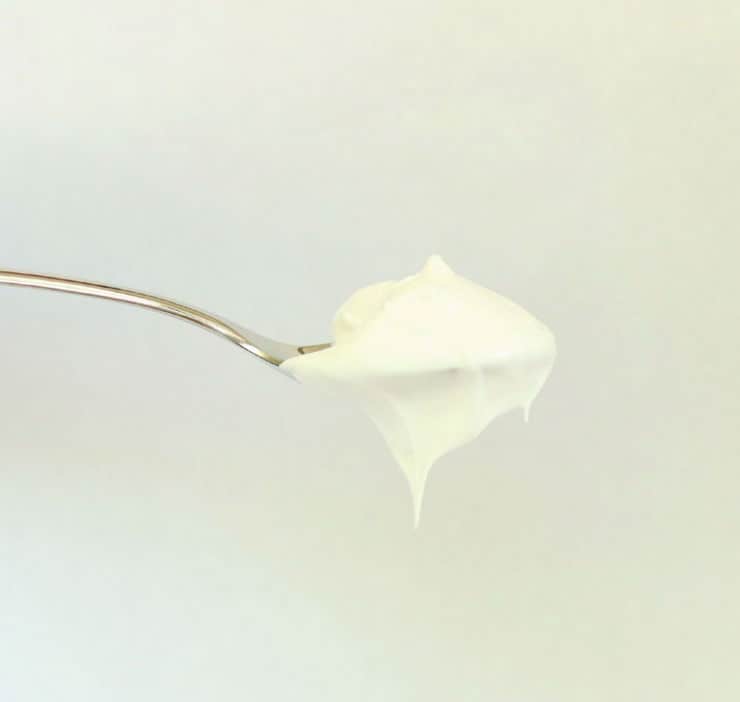 To get the red, white, and blue effect, run four strips of food coloring (two red and two blue) down the length of a piece of plastic wrap. Try to evenly space them. Spoon your meringue onto the plastic wrap, roll it up nice and tight and drop into your piping bag. You can pipe with whatever tip you’d like, but I used a Wilton 1M tip to create the shape you see. Pipe all of your meringues and bake for 4-6 hours, or until they’re crisp and can be peeled away from the parchment paper easily. 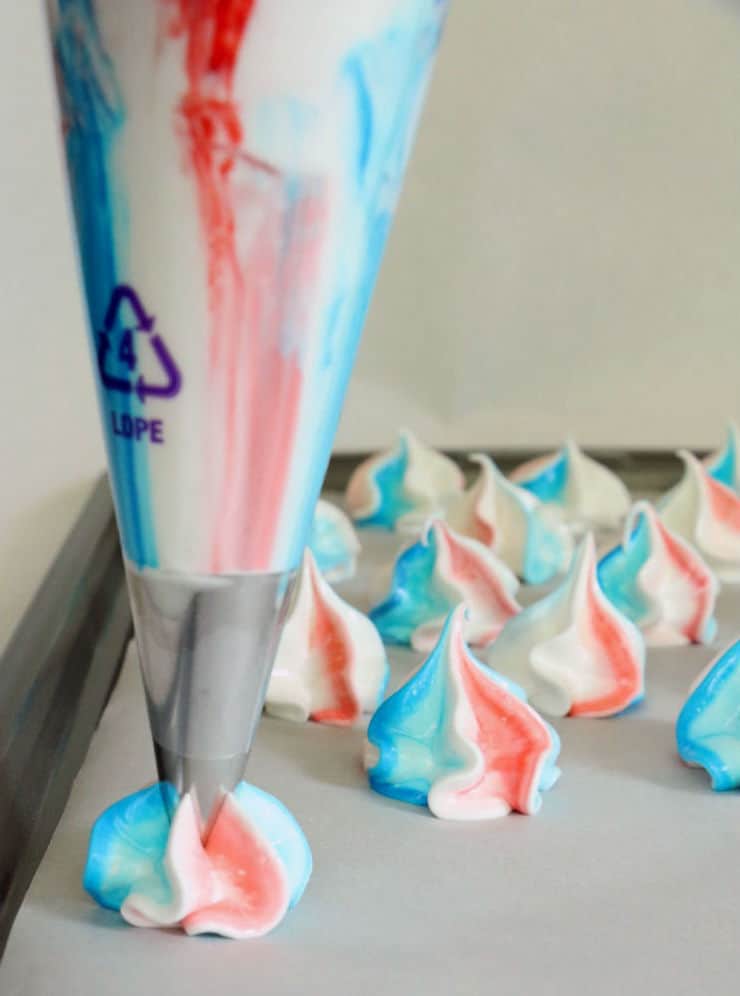 These can be stored for up to 7 days in an airtight container. 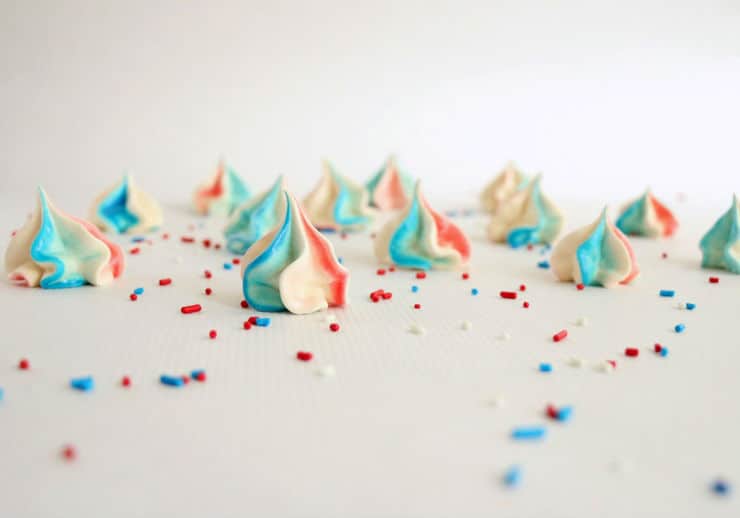 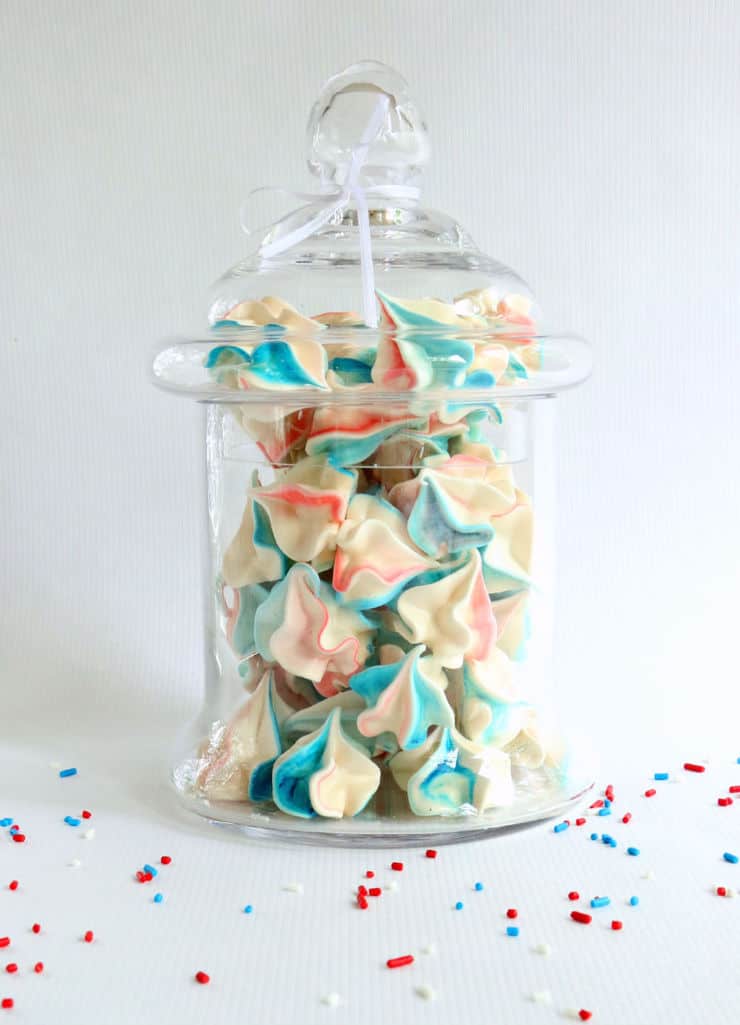