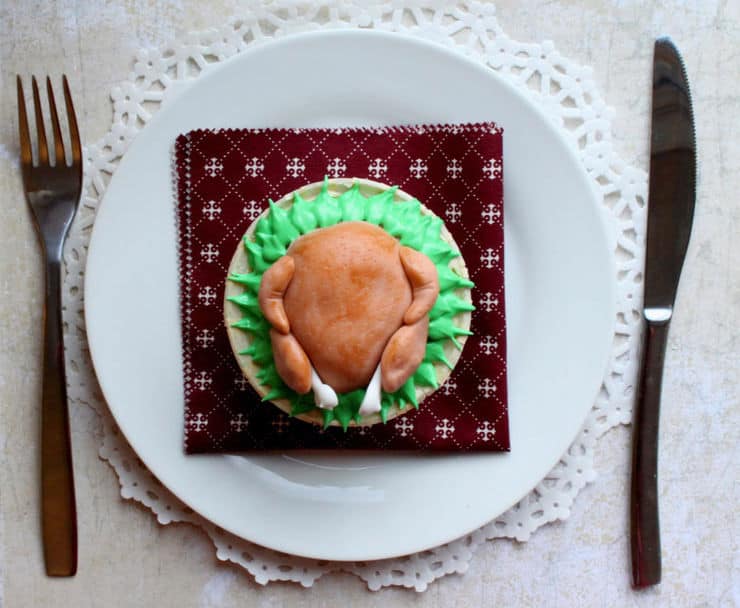 Over the last few months I’ve been trying to plan my holiday baking. With Christmas and Halloween on the horizon, I was doubtful that I would be devoting much, if any time to Thanksgiving treats. I’d really all but written them off. But as these things seem to have been going lately, I got swept up in the spirit of things and couldn’t help but re-do my baking list… Again.

Start by making your leg bones with your partial batch of royal icing (20 second consistency). You’ll want to do this the night before so they have plenty of time to harden before you use them. Making them is really simple: on a piece of parchment paper, pipe two large dots that just barely touch with a long line coming down from the middle of the dots. You only need to pipe one end of the bones as fondant will be covering the other end. Now that the bones are done, you can move onto the cupcakes. Since you’re going to be completely covering the cupcakes, it doesn’t really matter what flavor you use. Personally, I made red velvet cupcakes minus the food coloring (I guess that would make them light chocolate cupcakes?). You can also make them the usual cupcake size, but I opted to make extra large ones so I’d have enough room to work with the fondant turkey and the greens around the base. 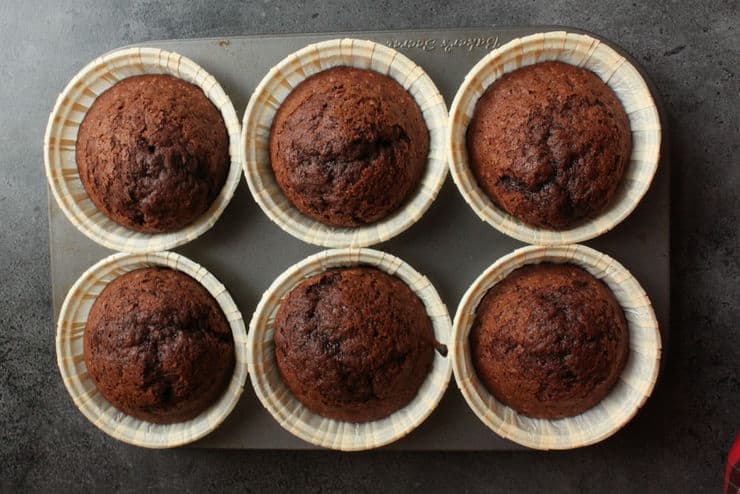 Once you’ve got your cupcakes, you’ll want to frost them. Normally, when you’re frosting cupcakes that will be covered in fondant, you either want to get them as flat as possible or nicely dome-shaped. These cupcakes will be somewhere in between. Since you’re going to be putting a turkey in the center, you want to create a nice little dome that flattens out towards the edges of the cupcakes (the frosting dome should be the same size as the turkey body you’re going to cut out). At this point, you’ll probably have some leftover frosting, which you can set aside for the greens around the turkey depending on whether you’re going to use the buttercream or royal icing for that part (it doesn’t actually matter so I just chose the one I had the most of). 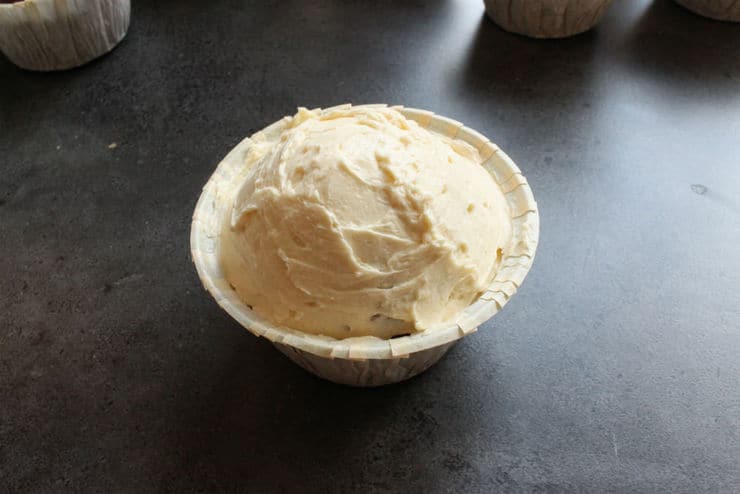 With the cupcakes frosted, it’s time to start working with the fondant! Tint a large handful of fondant light brown. Roll it out to about a 1/4″ thick and using a large biscuit or round cookie cutter, cut out enough circles for each cupcake. You want your fondant circles to be just a little smaller than the top of the cupcake so that you have room to decorate around the base when you’re done. Place the fondant over the dome of frosting in the center of the cupcake, and gently press around the base until the edges of the fondant are hidden in the frosting. Take your leftover brown fondant and form small, cone shaped pieces for the wings and larger, oval shaped pieces for the meat on the legs. To get the wings to bend, score one of the sides of the cone with 2-3 lines, and bend the fondant towards the marks. For the legs, take the oval pieces of fondant and gently flatten them a little while pressing a royal icing bone into each. Gently press the wings and legs onto the body of the turkey that you’ve already made on the cupcakes. You shouldn’t need anything to help the fondant stick to itself (the pieces are very light), but if you do, you can try a little bit of water or corn syrup. 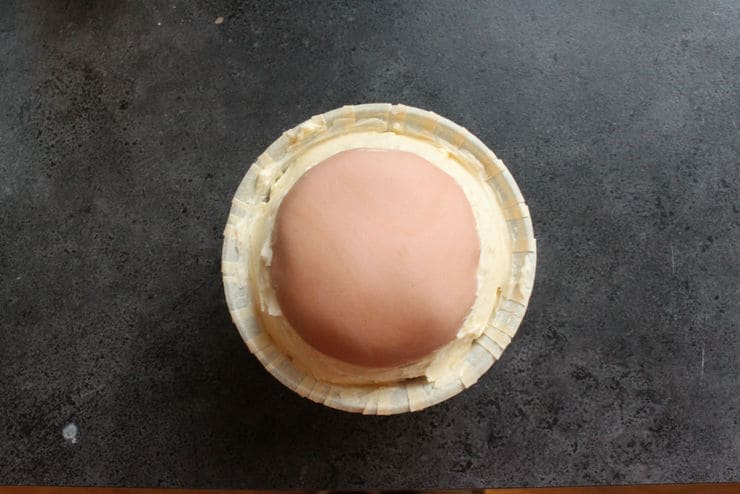 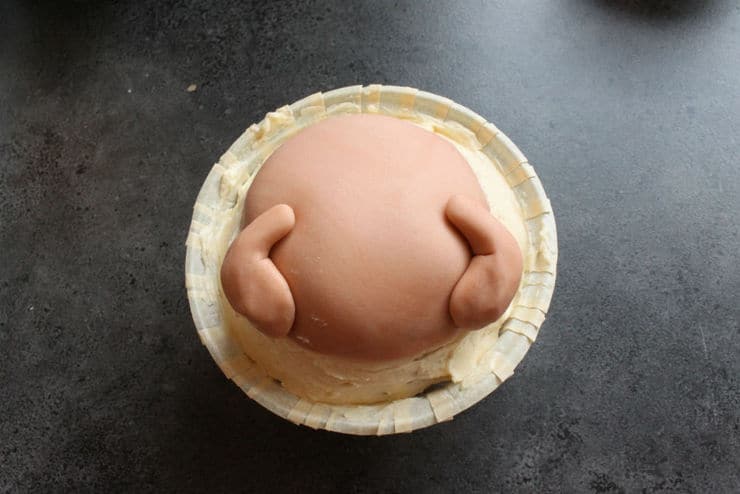 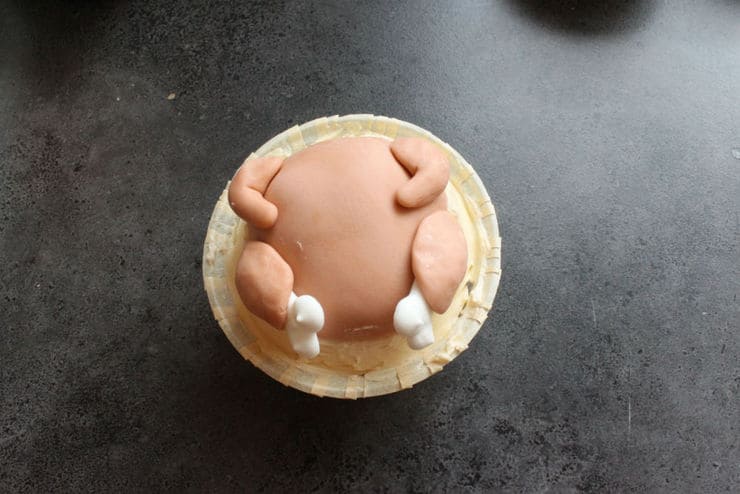 Now that you have your fondant turkey, it’s time to make it look a little more realistic! Using your toothpick or wooden skewer, gently poke the entire turkey. Chicken and turkey skin naturally looks a little marked where the feathers have been removed, so adding these toothpick marks will help create that effect. To give your turkeys a lightly roasted look, rub a damp q-tip with a little bit of brown food gel over the body of the turkey. Make sure you don’t have any concentrated streaks, and that all the color is nicely blended (just keep rubbing with your q-tip until you get the right effect). 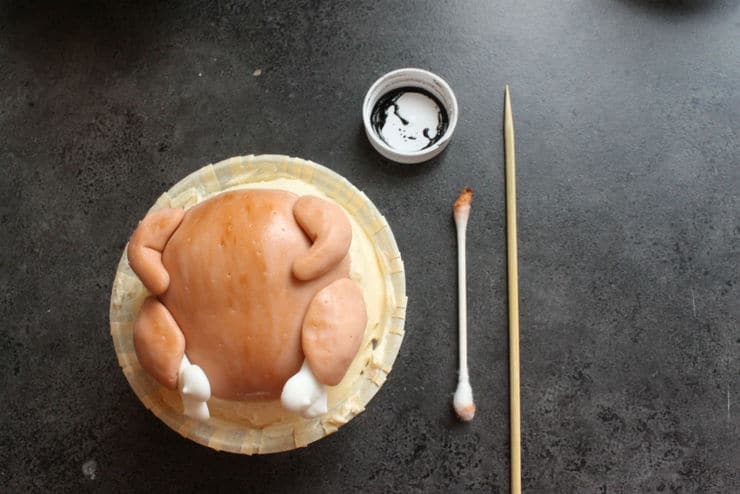 With the turkey done, it’s time to dress up his platter! You can use either leftover frosting or leftover royal icing, it really doesn’t matter. Whatever you use, tint it a light green, and pipe it around the base of the turkey with a leaf tip, working from the edge of the cupcake in. 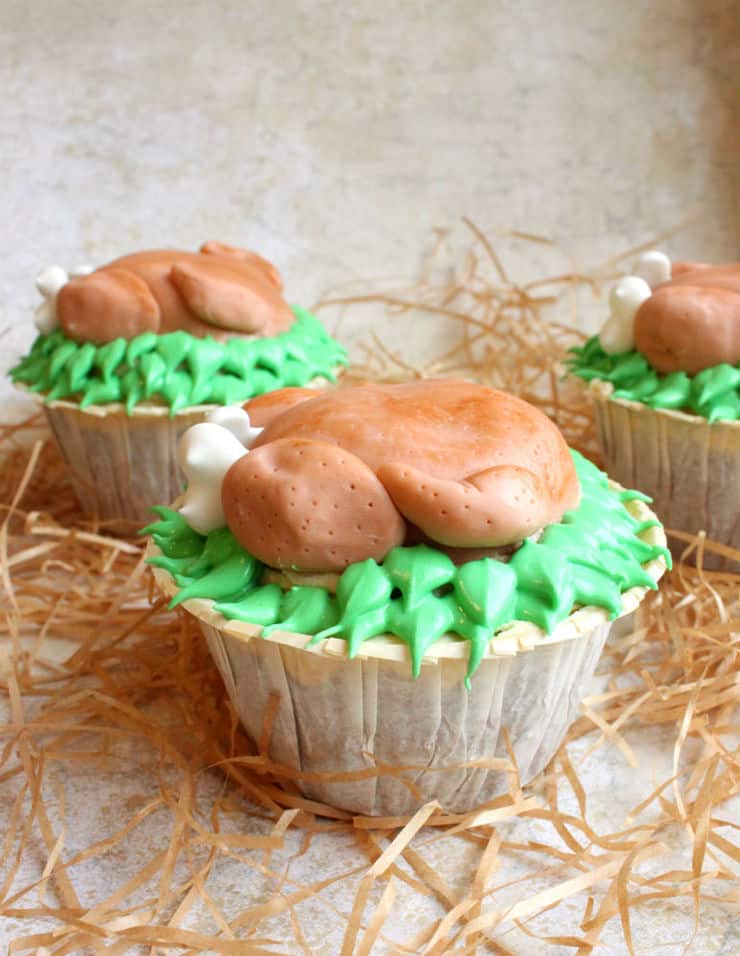 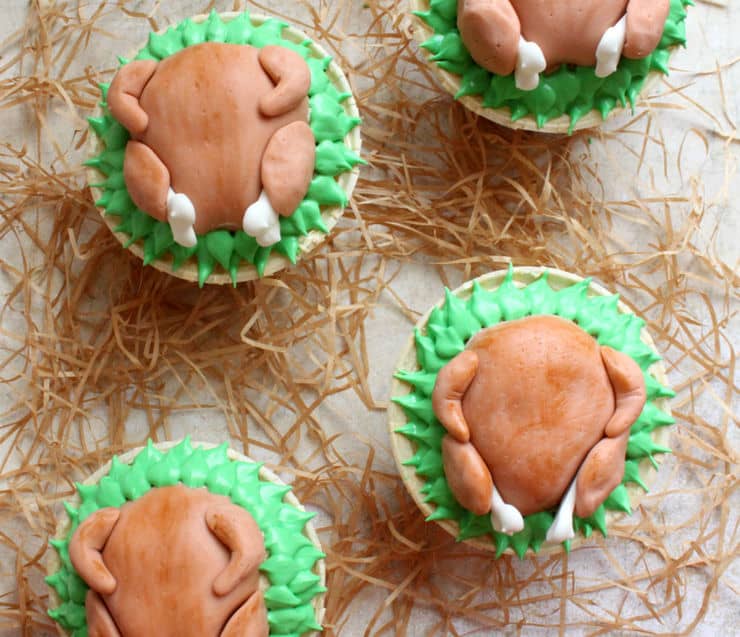