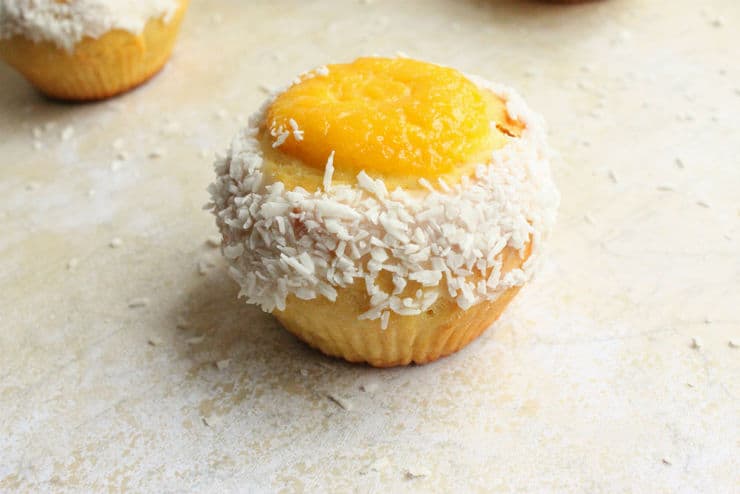 I feel kind of bad because I’ve lived in Norway now for almost 2 years (it’ll be 2 wonderful years to the day on September 18th) and I’ve been blogging for about 9 months now, but I’ve covered very little in terms of traditional Norwegian baking. It’s not that I don’t like Norwegian baked goods (I do, really!), but I’ve stuck to the things I know and am used to (which tends to be more along the lines of American cuisine). So although it’s long overdue, I’d like to introduce you all to the perfect school breakfast: Norwegian skolebrød (literally “school bread”)!

As per usual, I feel the need to warn all of you that this recipe takes a little extra time to make on account of having to let the dough rise. That being said, total prep and baking time averages out to just shy of two hours, so not terribly time consuming (certainly less time consuming than the croissants!). To start, combine the instant yeast and 1/4 cup warm water in a cup, and let proof for 5-10 minutes, until it’s good and frothy. In a large bowl (preferably of a stand mixer), combine all of the ingredients for the pastry and mix on low until a non-sticky dough forms, about 5-10 minutes. You know the dough is ready when it begins to form a ball in the bowl and pulls completely away from the sides. If the dough continues to stick, don’t be afraid to add a little extra flour. Loosely cover the dough with a towel, and set aside in a warm place to rise until it is just about double in size (this usually takes about 45 minutes to an hour depending on how warm the dough gets). 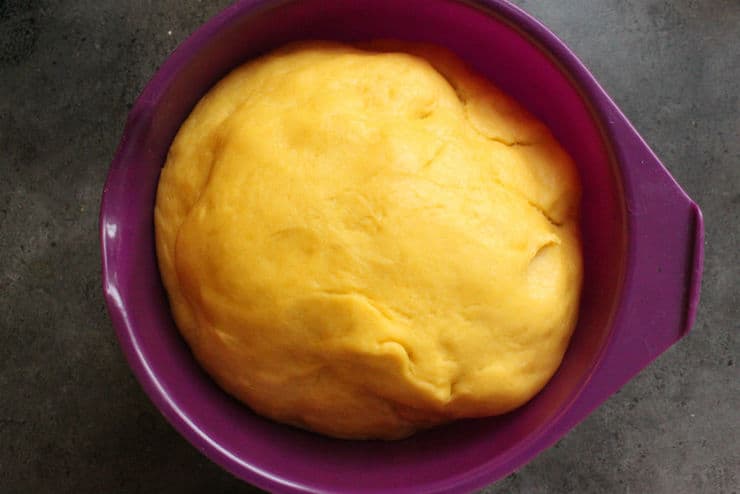 While the rough warms and rises, you can prepare the vanilla cream filling. In a small saucepan, combine the milk, granulated sugar, and vanilla extract over medium-high heat. While you wait for the milk mixture to come to a near boil, whisk the egg yolks, cornstarch, and all purpose flour together in a medium size bowl. Just before the milk mixture boils, pour it into the bowl with the yolk mixture, and whisk several times before returning the entire contents to the pan. Return the pan to a medium-high heat burner, and bring the mixture to a boil whisking constantly until the mixture thickens, about 5-8 minutes. Once the filling has thickened, remove it from the heat and stir in the cubes of butter until they completely dissolve. Pour the filling into a bowl, and cover with plastic wrap pressed down against the surface to keep a skin from forming. Set this aside in the refrigerator to cool, about an hour or so. 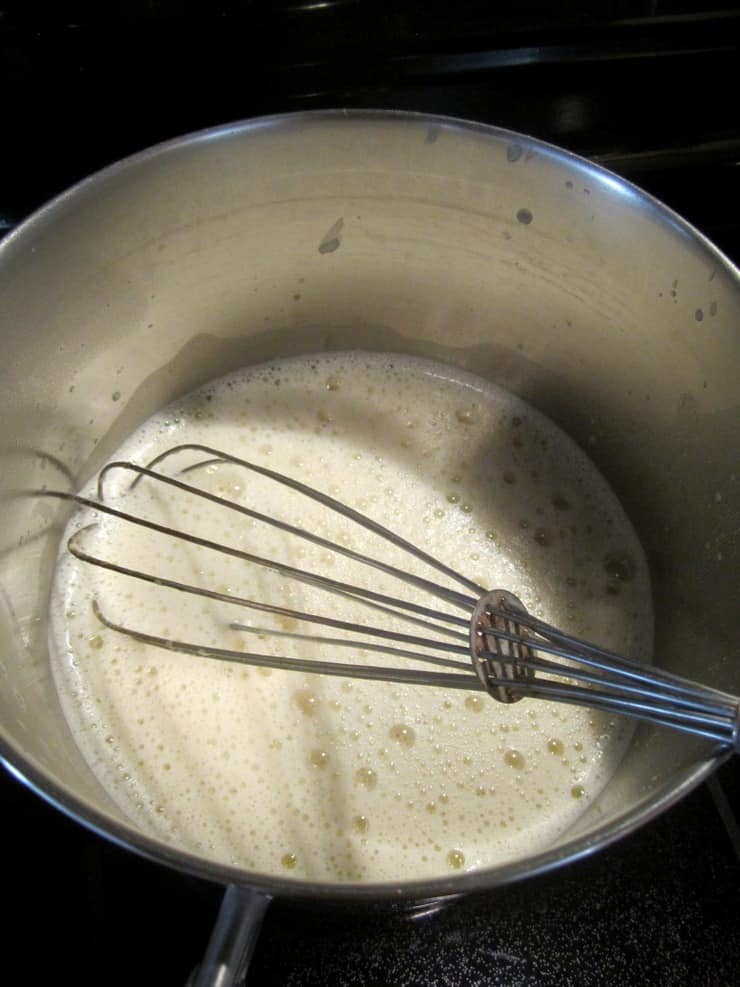 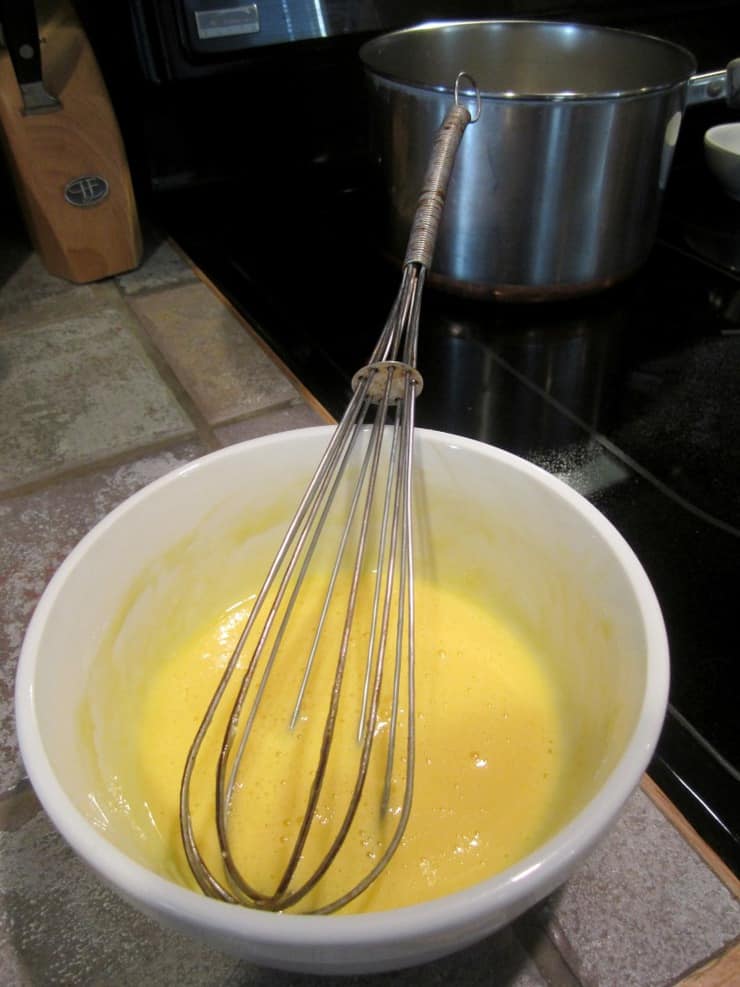 Once the dough has doubled in size, form it into about 20 small balls about an 1 1/2- 2 inches in diameter. I used cupcake liners to help me eyeball the dough balls for uniformity in size, and also just because they looked extra pretty that way. Set the balls of dough onto baking sheets and loosely cover them with towels. Set them aside to rise just enough to fill out their cupcake liners (about 15-20 minutes). Preheat your oven to 350* Fahrenheit (175* Celsius). While the oven preheats, spoon the vanilla cream filling into a piping bag, and using a small spoon or your fingers, create an indent in the top of each pastry. Pipe a small dollop of filling into each center, being careful not to overfill as the filling will move and expand as it bakes. Bake each tray for 10-15 minutes, until the tops of each pastry are golden brown. Remove them from the oven and allow them to cool fully before frosting. 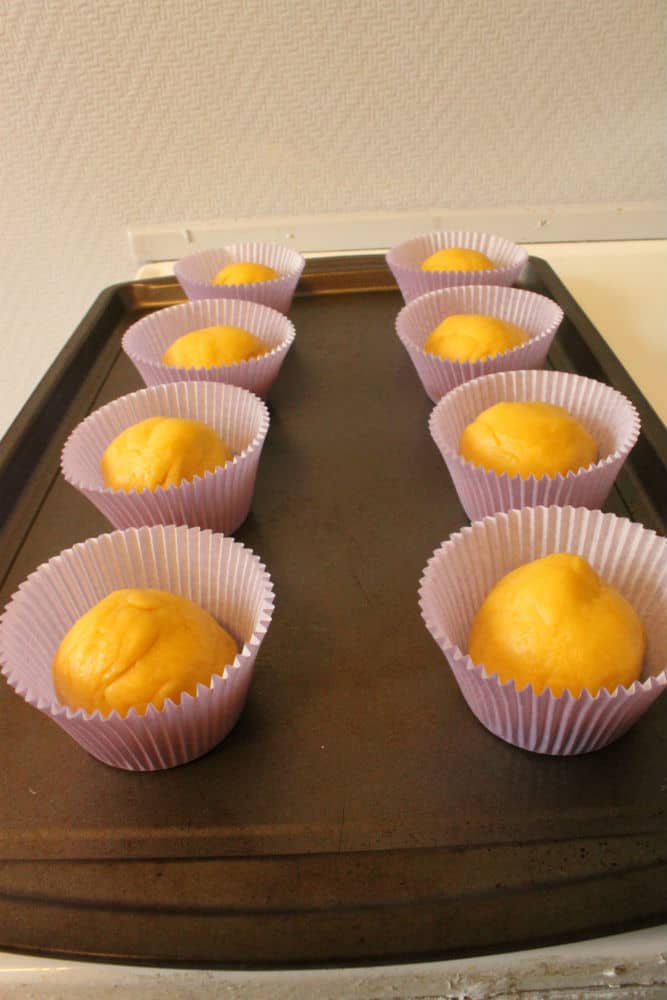 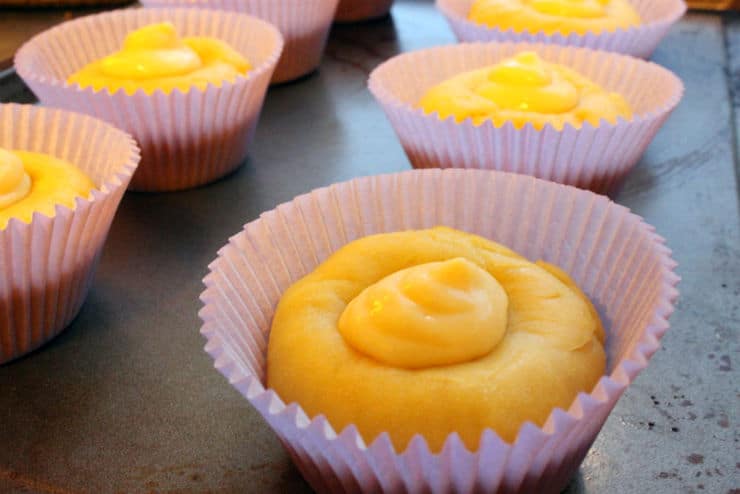 To make the icing, combine the powdered sugar with a few teaspoons of milk in a small bowl until a thick glaze forms (really, you don’t need much milk here). Fill a separate bowl with the shredded coconut. Using a knife or cake spatula, spread the thick glaze on top the pastries (avoiding the creamy center) and dunk each in the bowl of shredded coconut. To avoid a stick mess later, try to get all of the icing rolled in coconut. 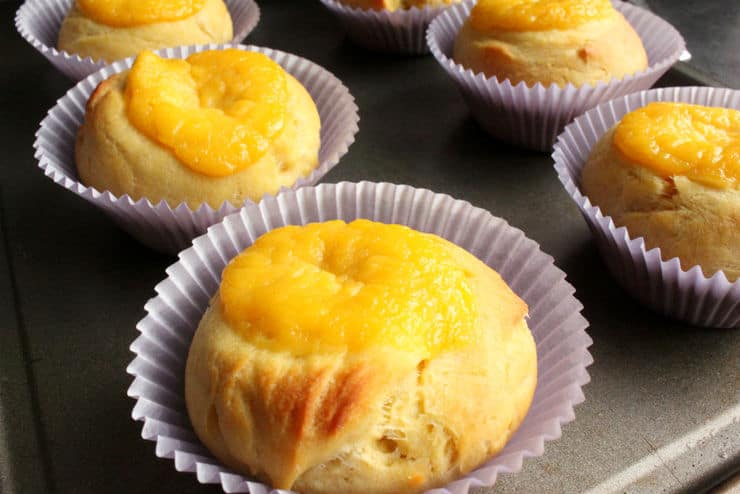 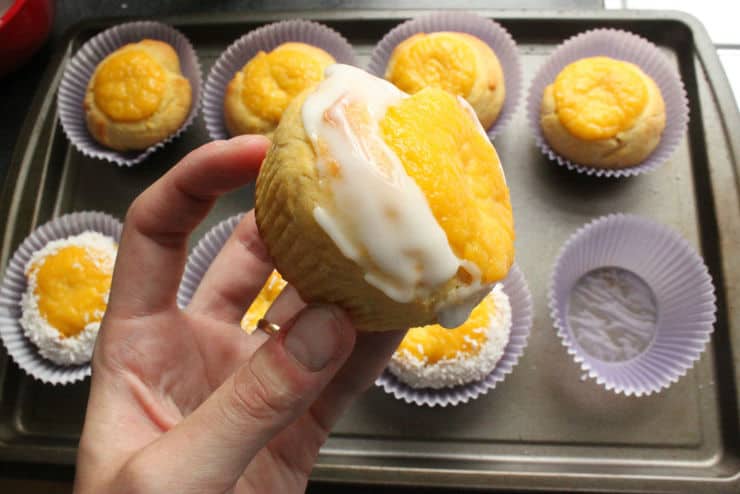 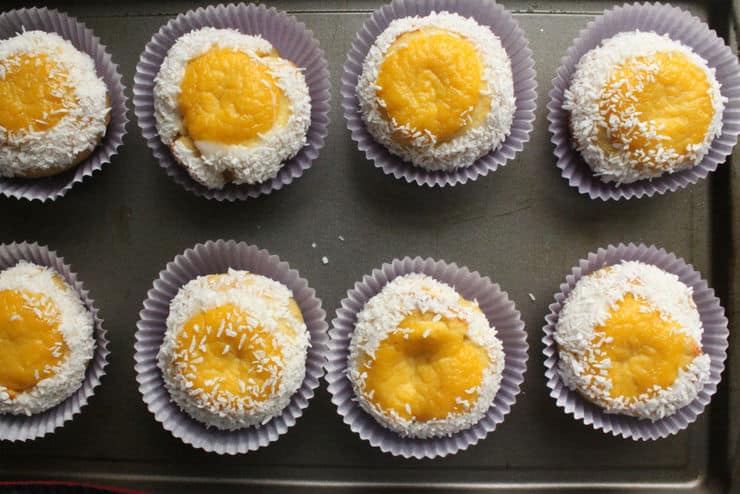 Good warm or cold, these little Norwegian delights are sure to brighten your morning! 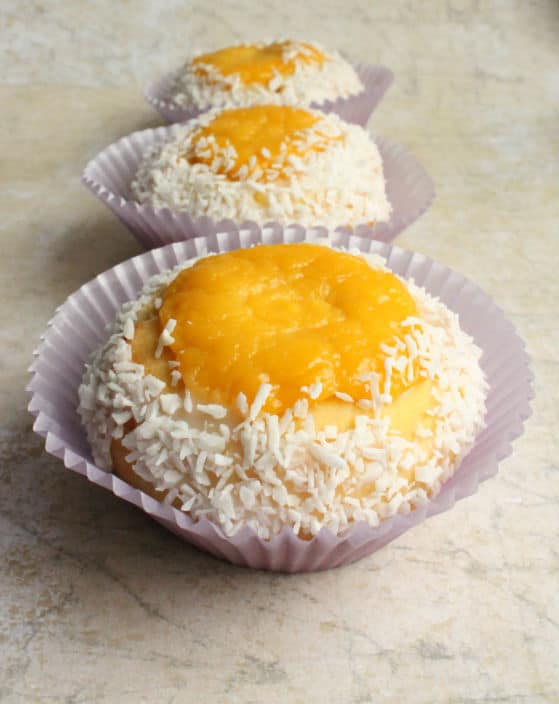