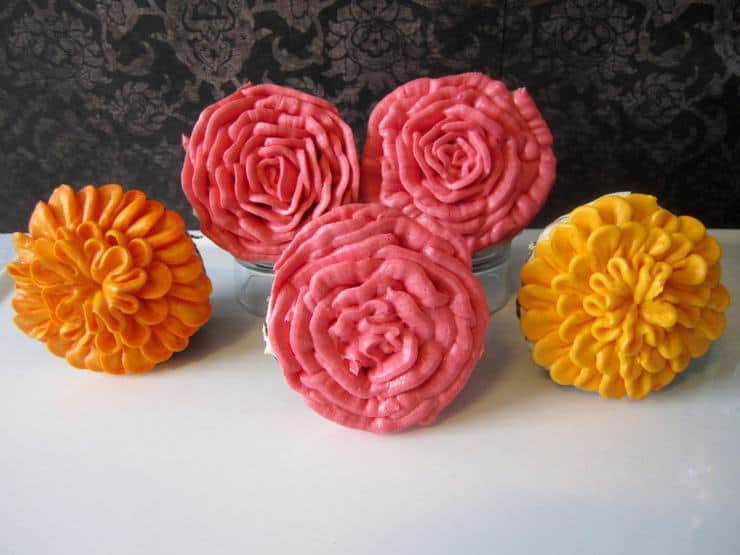 Making cupcakes, cookies, and other baked goods is always rewarding in and of itself, but there’s just something artistically satisfying about making them as aesthetically stunning as they are tasty. That’s not to say I don’t love a good swirl of frosting on the top of my cupcakes and that that isn’t my go-to frosting technique, but lately I’ve just been feeling a little more artistic. I’ve wanted to do something a little more complicated, that would make people go “Wow!” And since we’re still waiting on Spring to really hit Norway, I thought I’d make a little Spring of my own with Marigold and Rose cupcakes!

In a large bowl, cream the butter until smooth. Add the powdered sugar and vanilla extract, and mix until the frosting returns to the same smooth, creamy texture. Split the frosting in half and transfer it to two separate bowls. Tint one red/pink for the roses, and the other a deep golden yellow for the marigolds. Affix your 104 decorating tip to your pastry bag, and spoon one of your frostings in. For the marigolds I ran a line of dark yellow food coloring down two sides of my pastry bag so that the frosting would come out marbled. Be sure you’re piping onto completely cooled cupcakes. Since I was frosting very dark colored cupcakes, I also choose to frost the top of each cupcake with a little bit of white frosting so that my flowers wouldn’t be on such a dark background. Whether you frost them beforehand or not is completely optional. 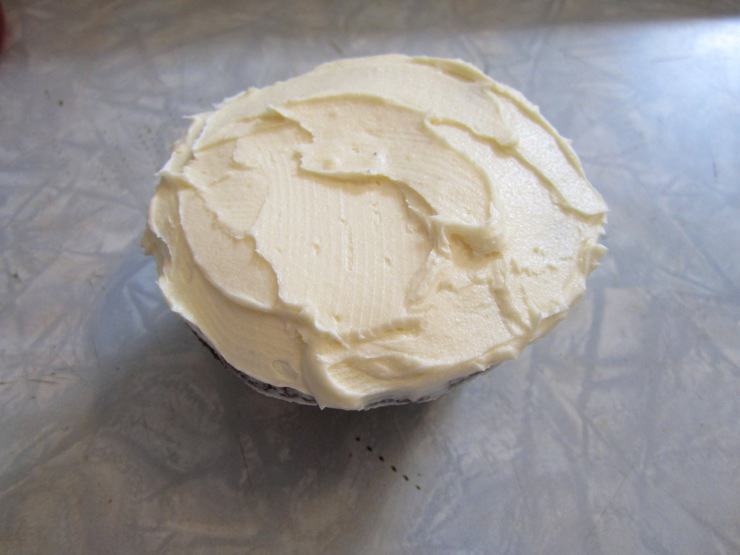 For the marigolds: With the thicker, wider opening  of the tip towards the center, pipe around the edge of the cupcake using an up and down motion (by up and down I mean moving the tip towards the center, then towards the cupcake edge, center, edge, center, edge). Keep your motion tight and small so that you have petals rather than a wavy line. Continue doing this, turning the cupcake as you need, until you return to where you started. Using the same technique, pipe two more layers, each slightly in from the last until the cupcake is completely filled in. For a great video on this technique, I recommend watching this one for buttercream carnations. This is the technique I used except I had my tip flipped from the direction of the one in the video. 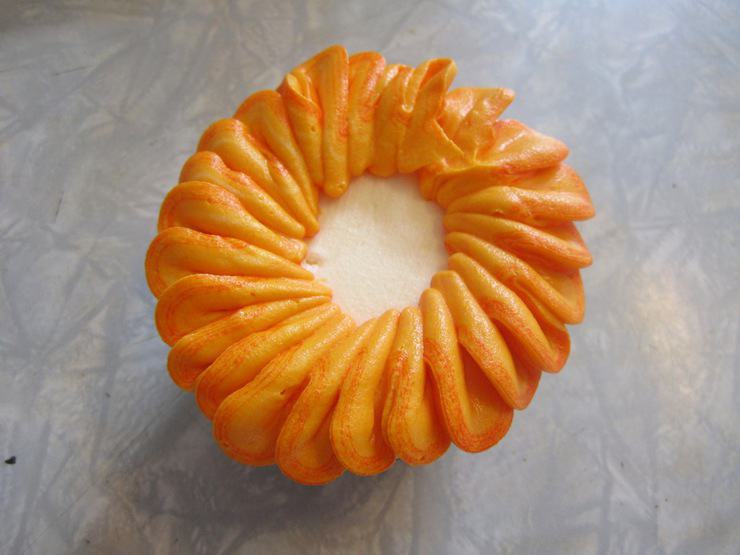 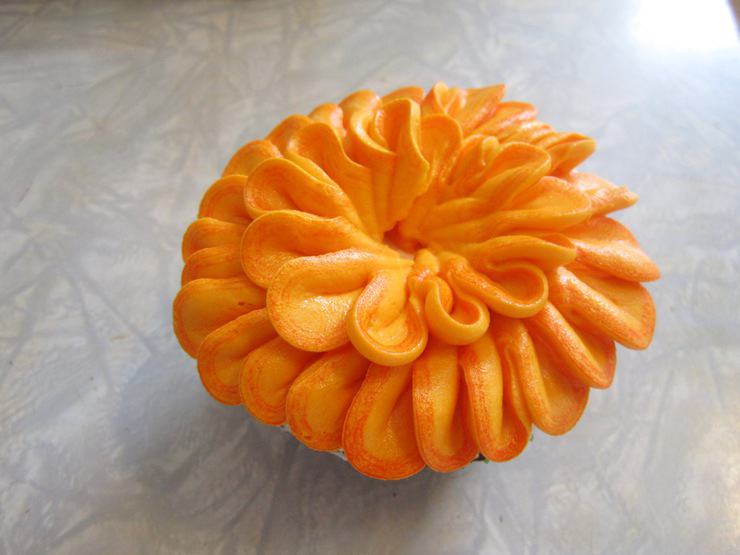 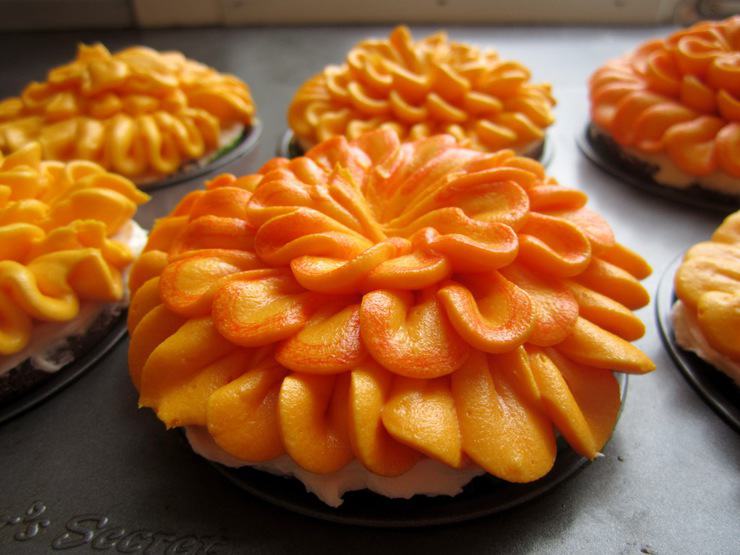 For the roses: Holding the tip at a 45* angle to the cupcake (larger opening of the tip down), make three overlapping layers of frosting, turning the cupcake so that each makes a full circle. This will be the unfolded petals of the center of the rose. Starting at the base of the last layer of the center, start making the petals by drawing the frosting up from the base to the center of each petal, and back down again to reattach it to the cupcake. Turn the cupcake and repeat, slightly overlapping each new petal over the last. As you layer out, tilt the top of the frosting tip out so that the petals begin to open and fan outward. This frosting technique is a little difficult to explain, but happyhappycake on youtube has a fantastic video demonstrating how to do this. I didn’t layer my center upwards like he did, but otherwise it’s the same technique. 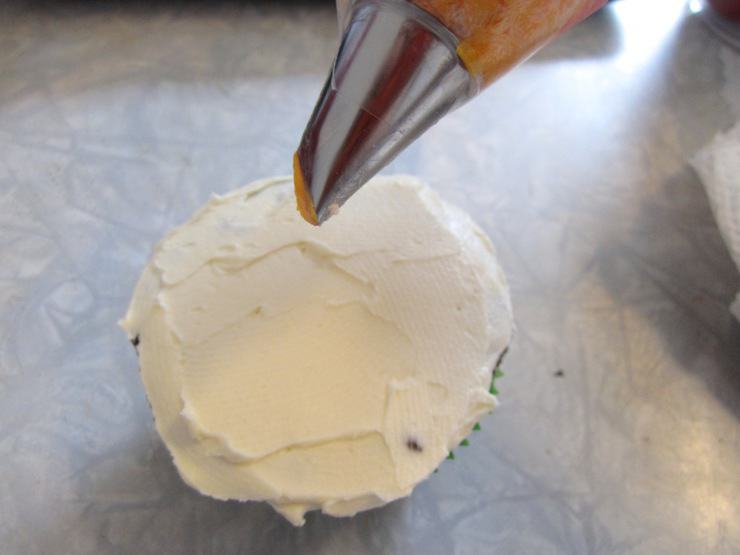 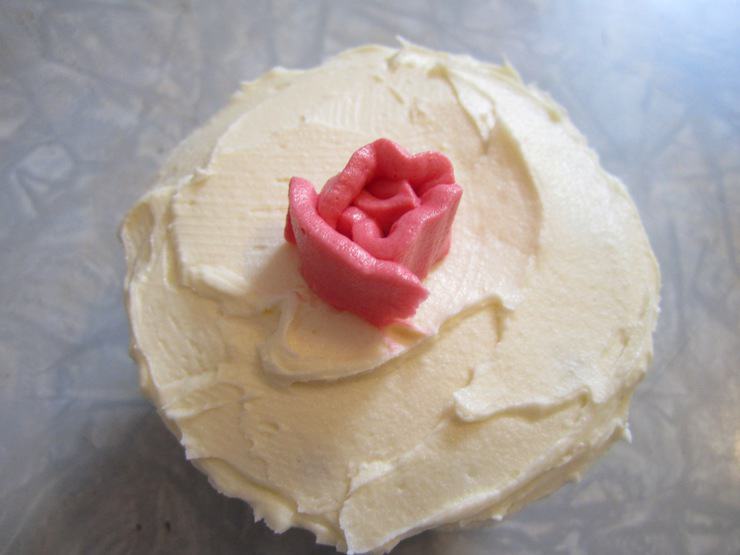 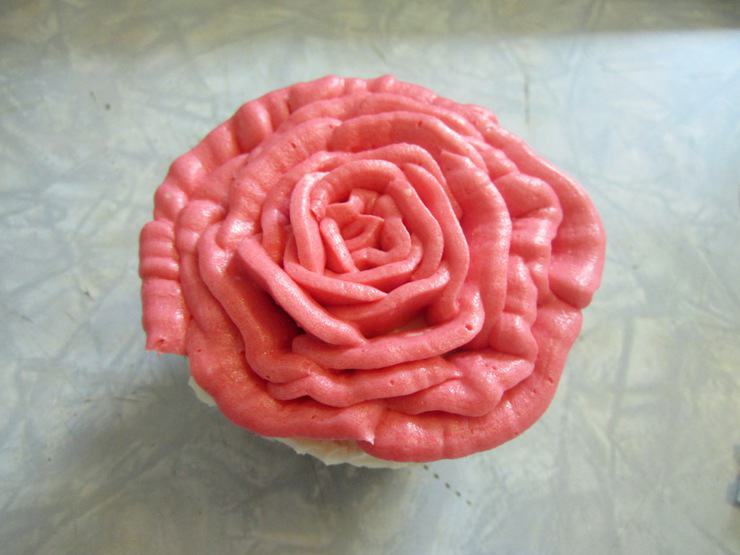 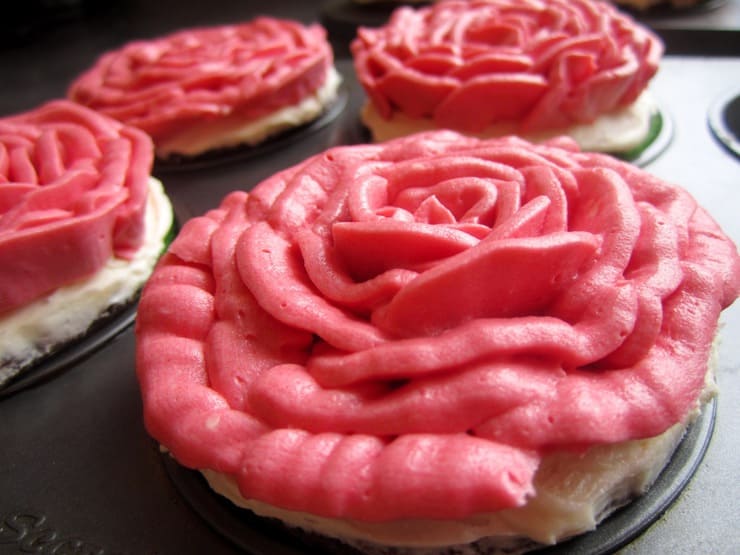 With a little bit of practice, these are actually really easy to make and you can be whipping out batches of them in no time! 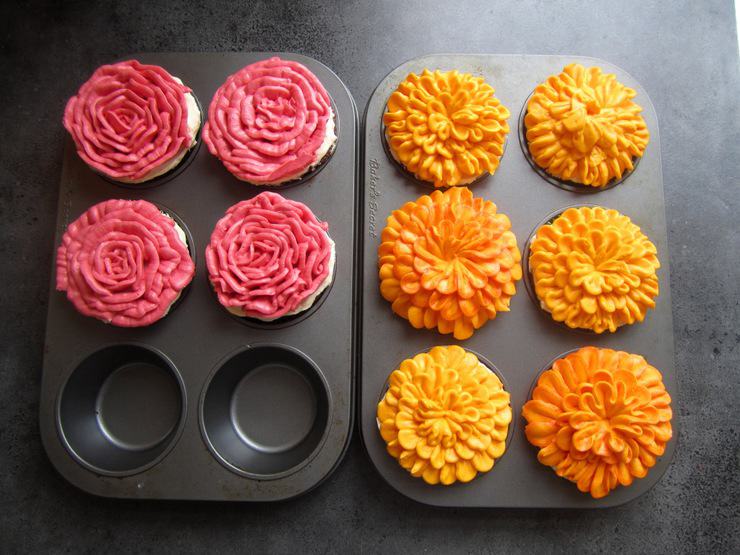 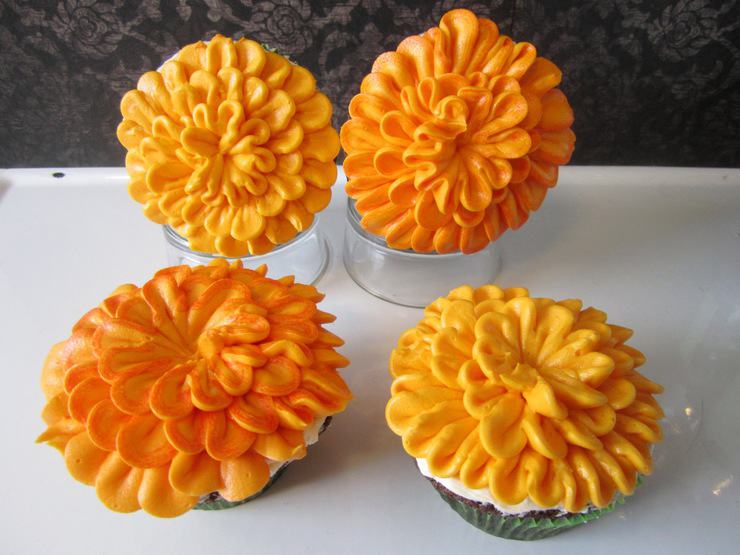 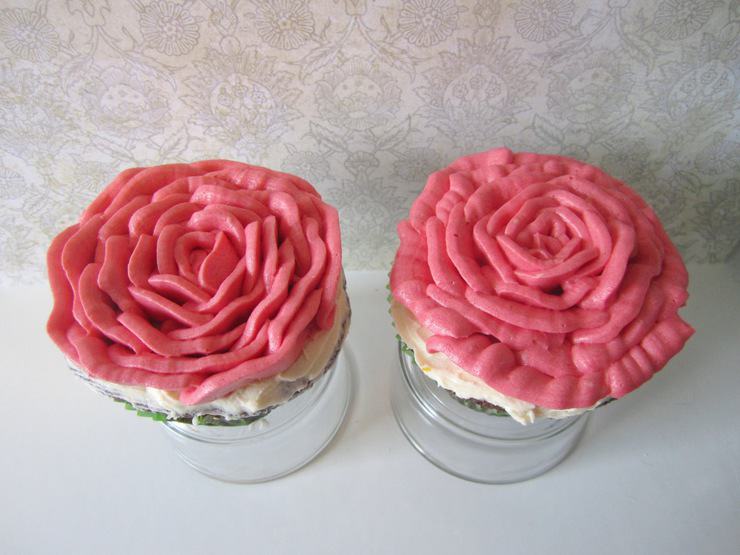