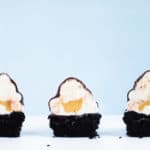 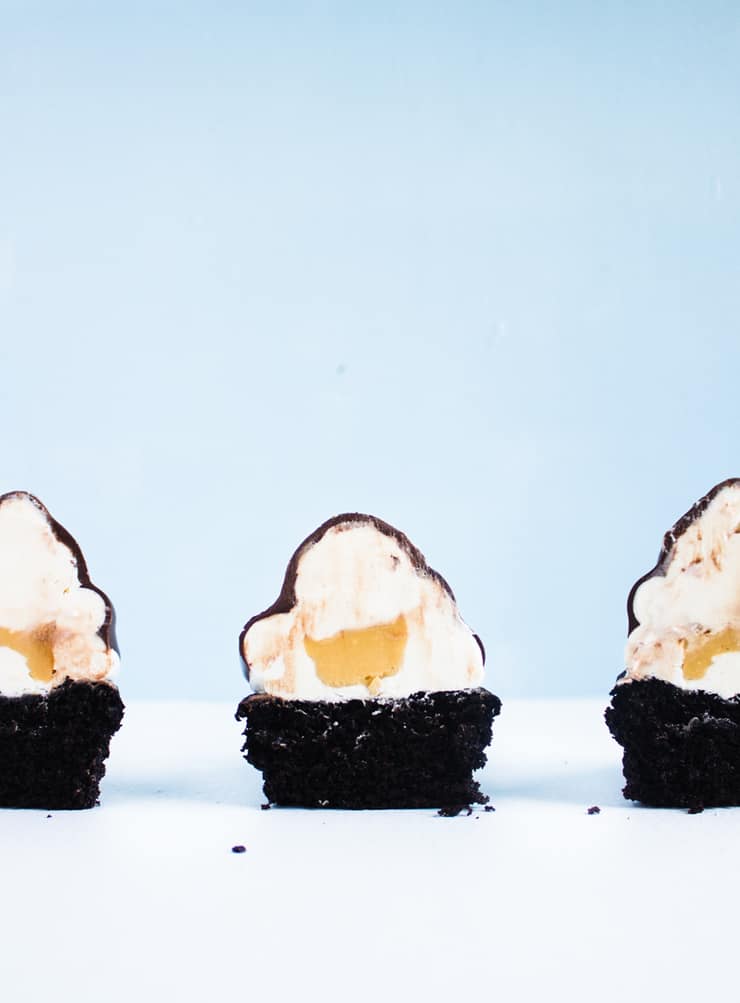 Today we’re answering the age-old question: What could possibly be better than a chocolate cupcake?

Doesn’t seem possible, right? I mean, does it get any better than some chocolate on chocolate action? Does it? REEEEEALLY?

Yes. Yes, it does. I have three words for you: Salted. Bourbon. Caramel. And you guessed it, we’re stuffing said chocolate cupcakes with it. But not the way you might think. No, we’re not going to put it in the cupcake. We’re putting it in the frosting. Because we like our frosting extra around these parts. 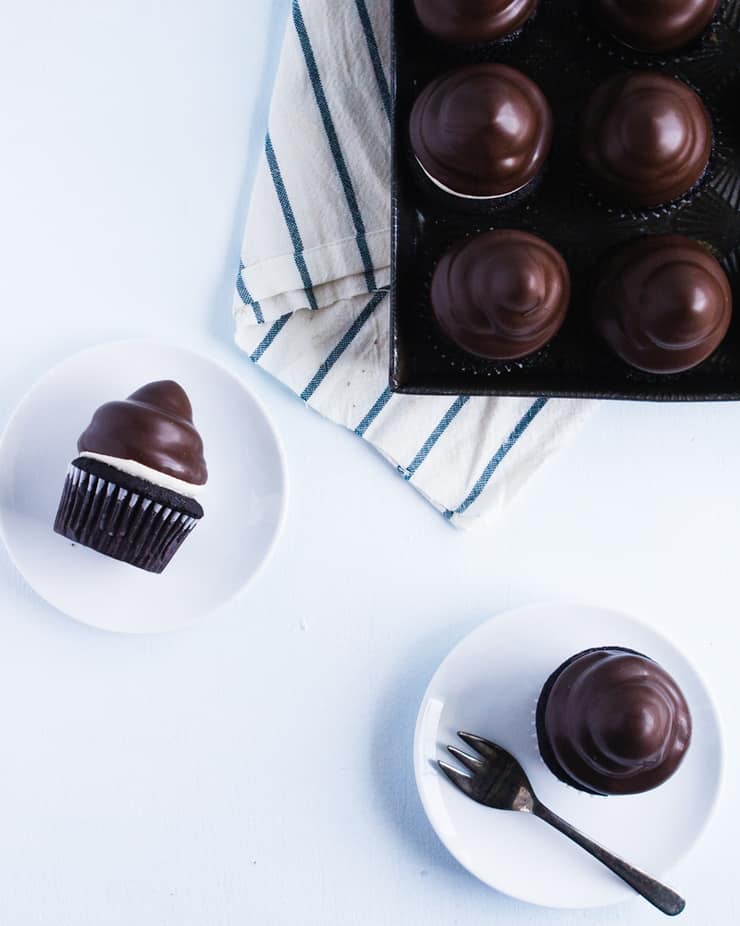 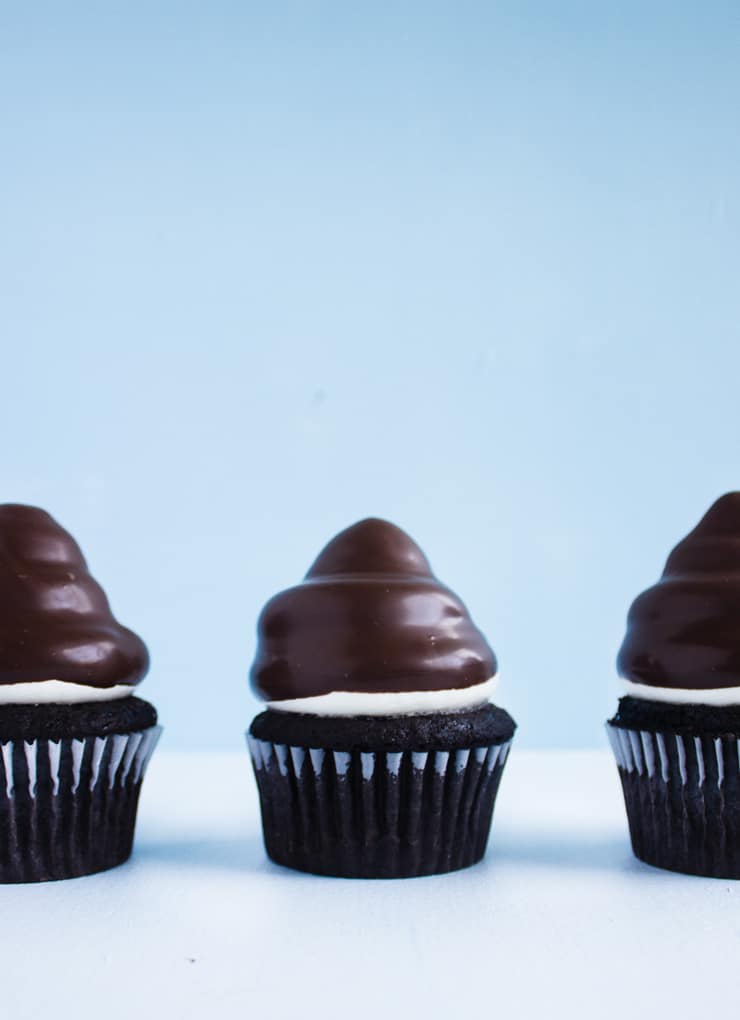 I mean, why should cupcakes get all the decadent goodness? Sounds a little unfair, no?

So today we’re whipping up some rich salted bourbon caramel and we’re injecting it into our frosting. And then we’re going to dip the whole thing in chocolate because… reasons. Although do we really need a reason?

In case you do, here’s your reason: 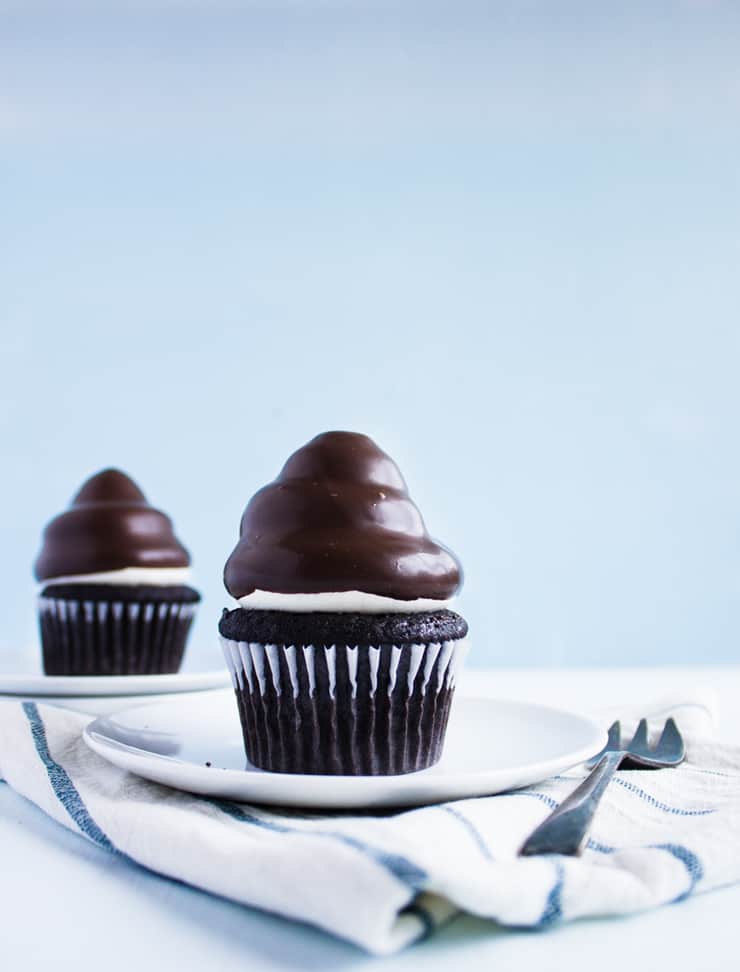 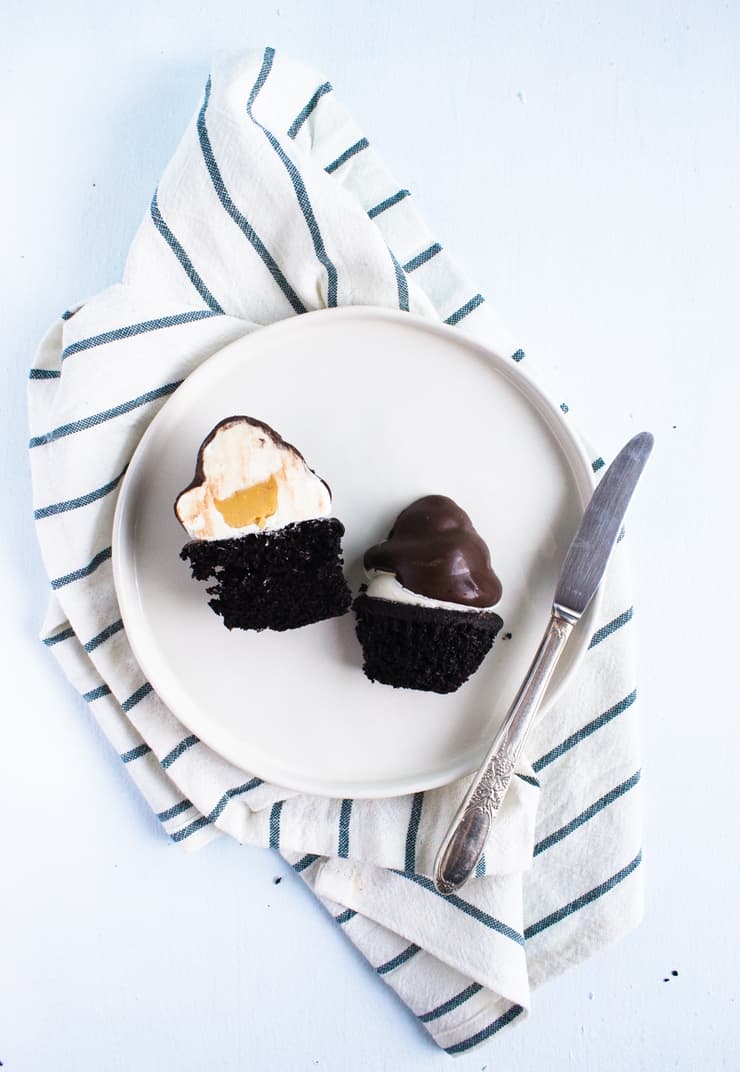 These rich dark chocolate cupcakes are sure to surprise and delight with their chewy bourbon caramel centers. Move over Cadebury Cremes, THESE cupcakes take the cake!

For the bourbon caramel filling:

For the chocolate coating: