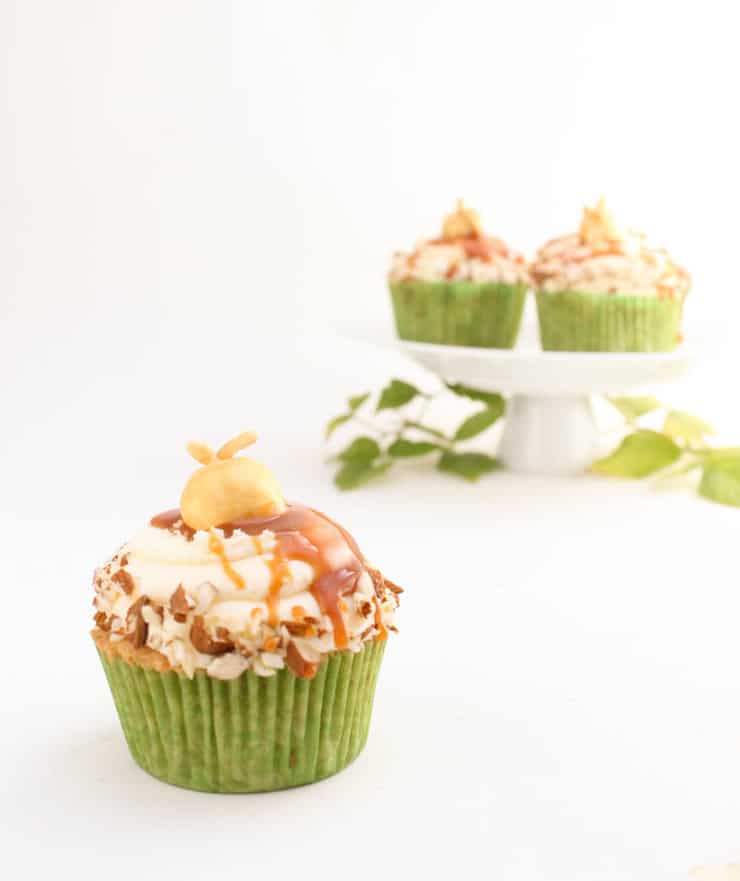 Today we’re returning to one of my favorite types of dessert: the cupcake! I mean, how can you not love a dessert that’s essentially a quick and easy tiny cake?  There’s just so much right about that sentence. 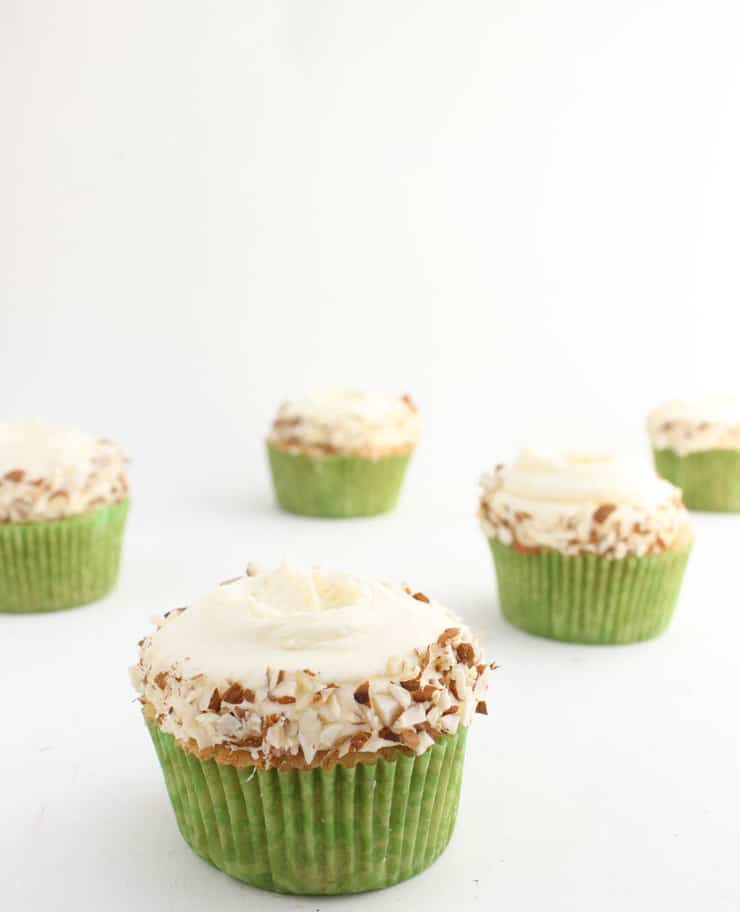 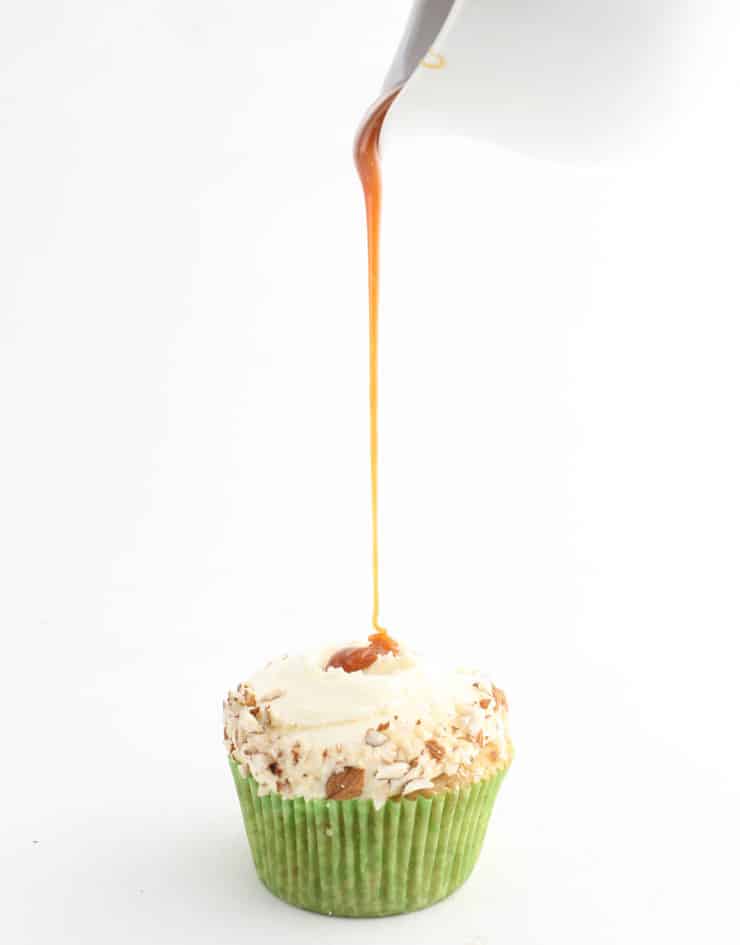 Now for those of you that know the man of our house, you’ll know that desserts are just not his thing. I know, never having to share a dessert… I may have hit the jackpot ladies. But that doesn’t mean he’s not having cakes, cupcakes, and bowls of ice cream forced on him left and right anyway (such is the price of living with a food blogger). That being said, he very rarely actively seeks out sweets.

Unless you casually drop the words “apple,” “homemade caramel,” “almonds,” and “cinnamon buttercream” in passing conversation, that is. We have the world’s tiniest kitchen, and I swear he was in it every time I turned around sticking spoons in everything. 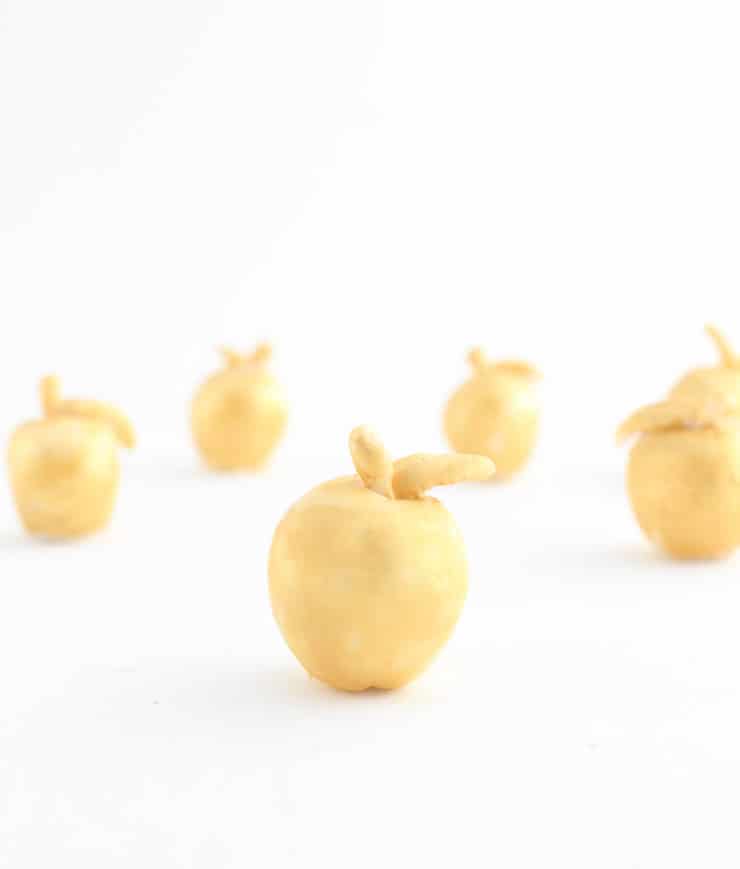 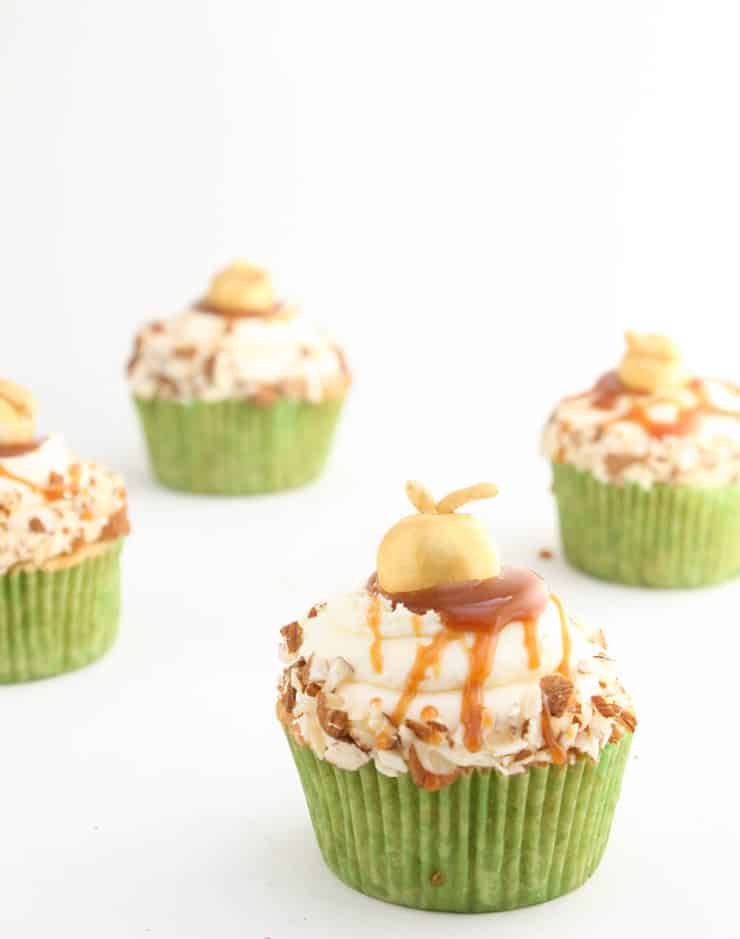 I may have also come back from taking photos for this post to find him with a less-than-subtle ring of frosting around his mouth. And cupcake wrappers littering the area around his chair. Smooth, sweetheart, smooooth. But nonetheless, perhaps the biggest compliment you can receive from a guy who doesn’t like sweets. 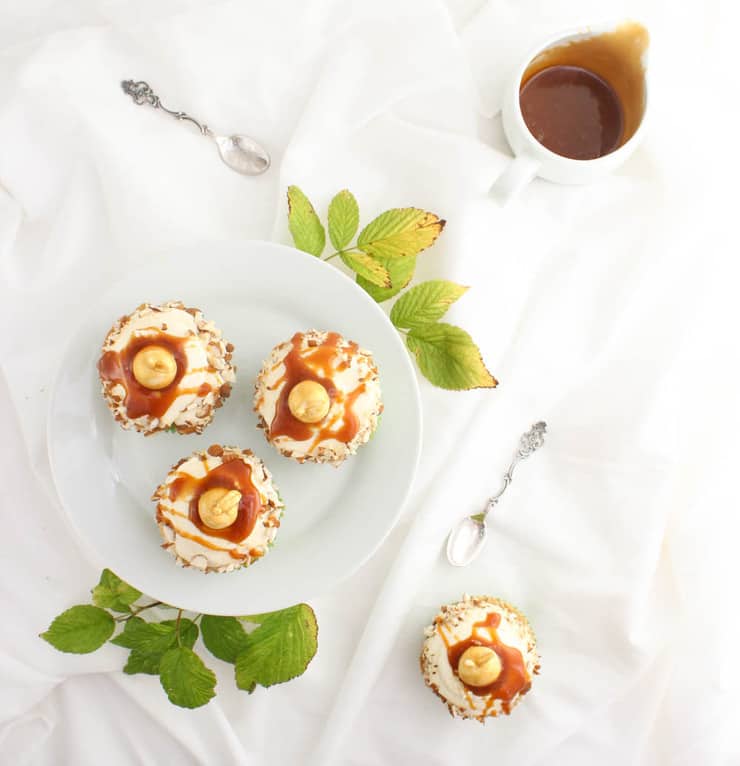 For the apple cupcakes: