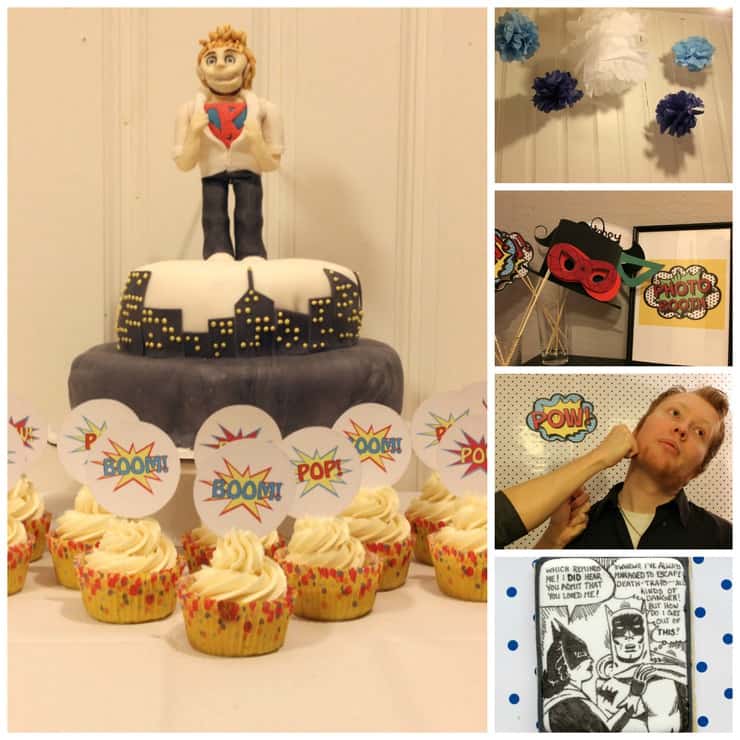 Every year I try to throw my husband a surprise party for his birthday, and every year he figures it out. I can’t decide if he’s just really good at figuring this sort of thing out, or if we’re all just terrible liars… or both. This year, I gave up on throwing him a surprise party. Instead, I told him the exact day and time of his party, and let everything else be the surprise. I asked him for suggestions for the theme, but otherwise he had no idea what theme I had picked, how the treats looked or the decorations, who was coming, etc. Towards the top of his list of possible themes was “superhero” and I just couldn’t resist throwing him an old school comic book superhero party! I pulled out all the stops and made cake, cupcakes, cookies, and even a photo booth! 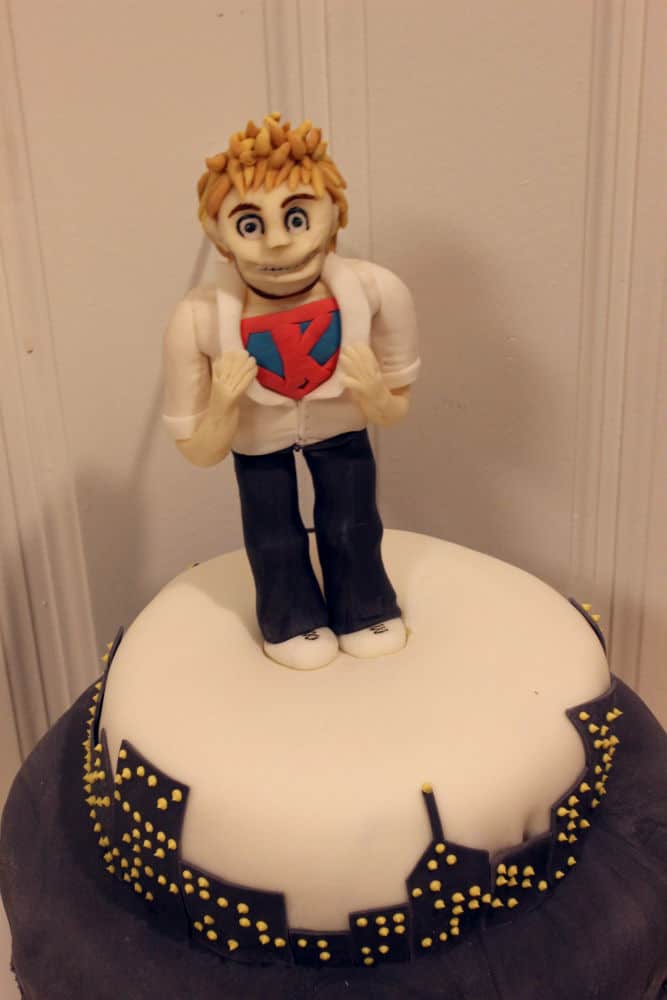 Of course, I had to make a cake with a city skyline and a super husband on top 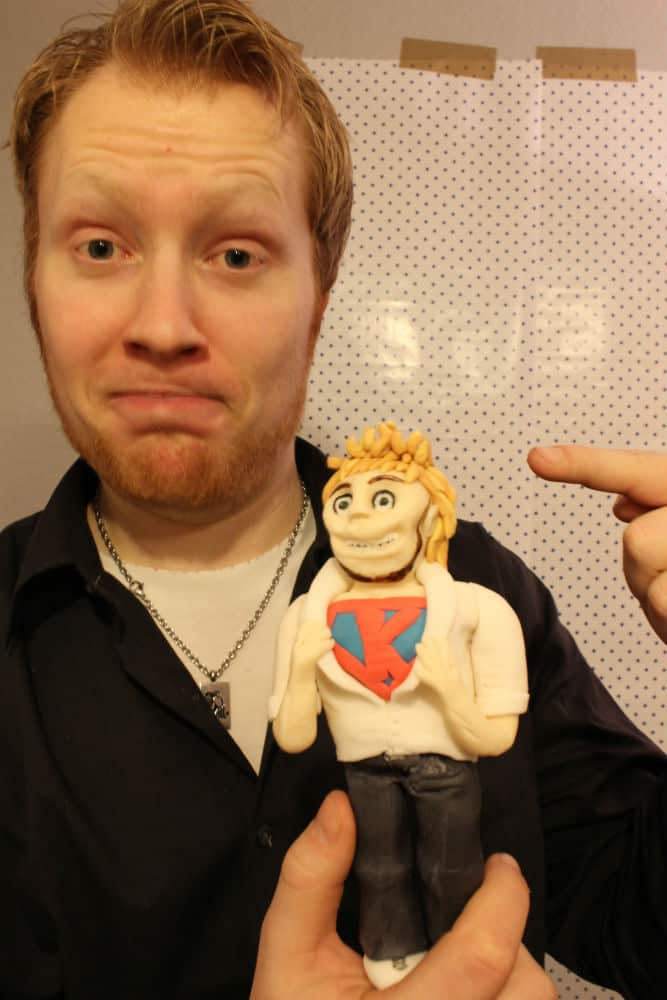 The man, the myth, the fondant topper

This was my first attempt at making a fondant cake topper, let alone one that’s supposed to actually look like a person! And I couldn’t have done it without the wonderful tutorials from Artisan Cake Company! I ended up combining techniques from this guy topper tutorial and this standing topper tutorial. I definitely recommend checking them out, along with all their other amazing tutorials! 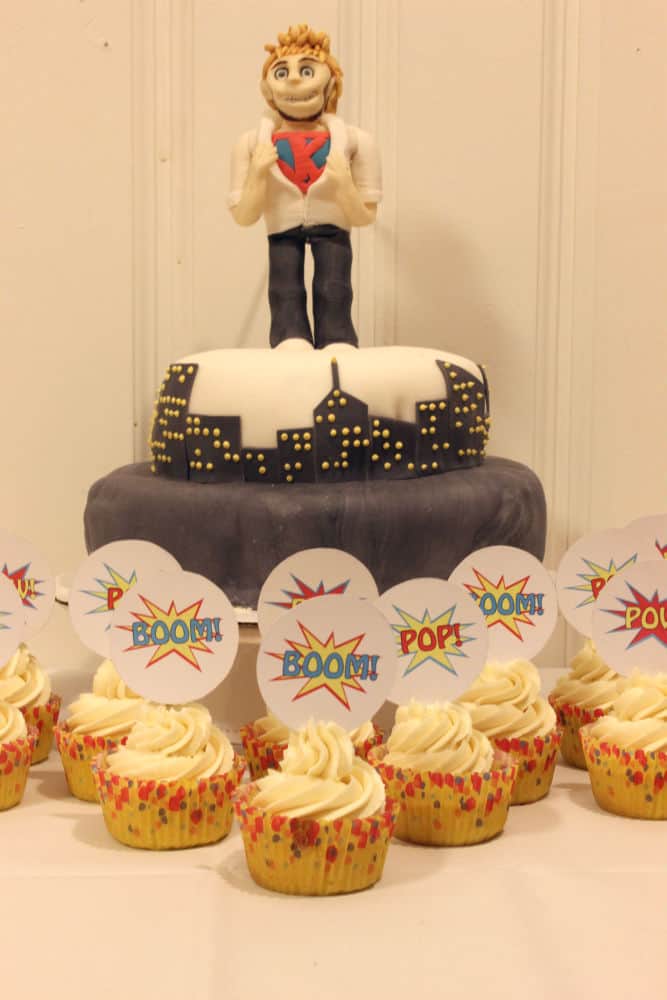 In addition to a cake, I just had to make some cupcakes! 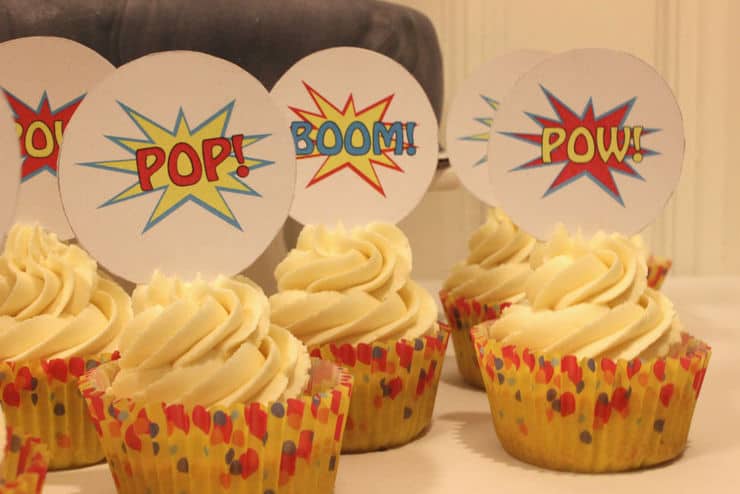 These were a super easy vanilla cupcake with vanilla buttercream frosting

Whenever I throw a party, I like to make cupcakes in addition to the cake. They’re so much easier to grab and eat while people are waiting for the cake to be sliced, and they allow you to make a different flavor as well. The cake was a simple chocolate cake with vanilla buttercream frosting, while the cupcakes were vanilla cake with vanilla cream frosting. Since all the other goodies were rather time intensive, I decided to make the cupcakes easy by using a paper topper. You can print out the toppers over at Simply Designing. 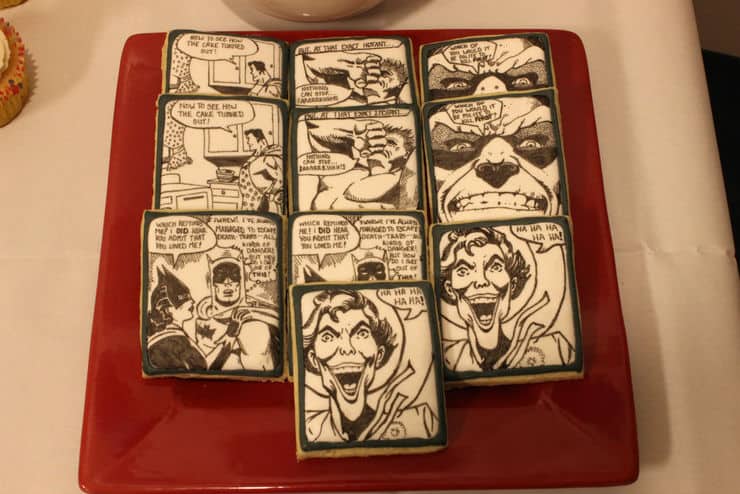 These guys probably stole the show a little bit… 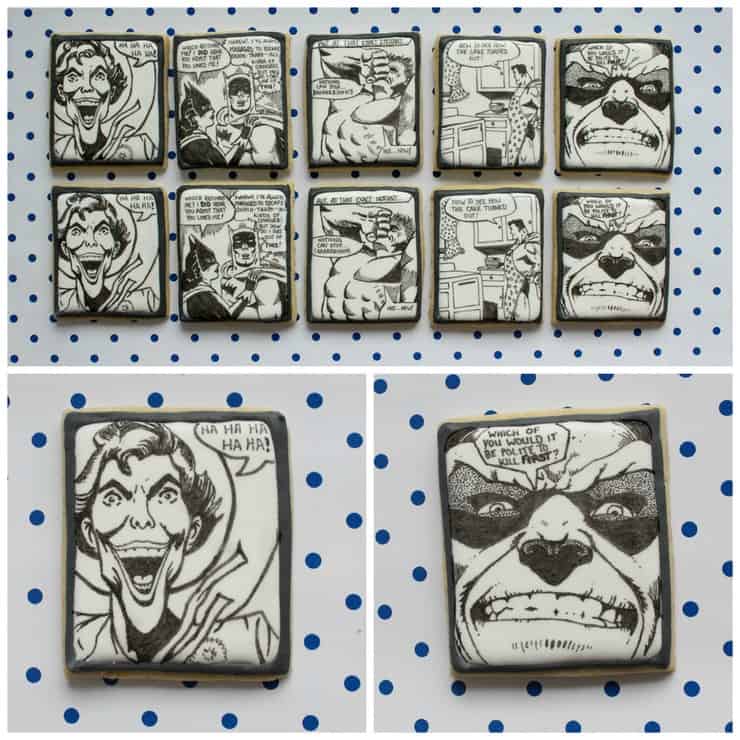 Here’s a better picture with some closeups

These cookies were so much fun to make, and they were a real jaw-dropper for the guests! I made a tutorial on how to make these guys here. They’re a little time consuming but SO worth it! 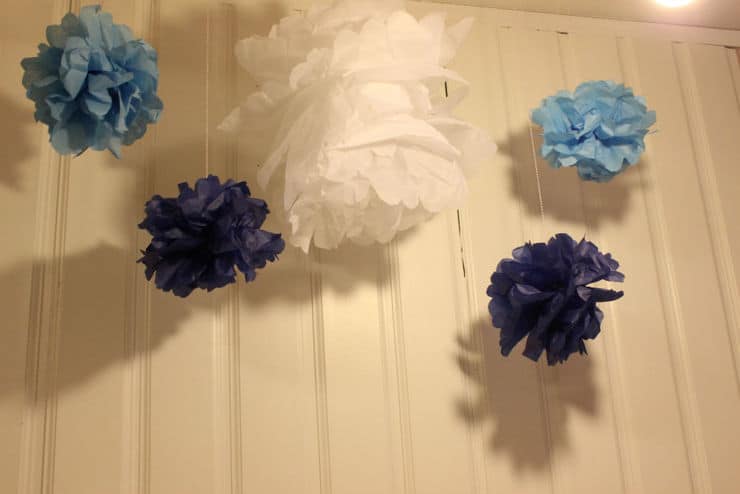 I put so much work into the goodies that the decorations were rather minimal. But then again, I wanted the goodies to be the center of attention, not the decorations. Our kitchen is kind of narrow so I couldn’t get far enough back to get both the hanging decorations and the dessert table. These were the super simple tissue paper pom-poms that I made. If you don’t already know how to make them, you can find a tutorial on it over at Crafty Moods.

Ah yes, the photo booth. Although this is becoming more and more popular in the US, no one at the party had experienced one before. And boy did they love it! I printed out props from The Things Hannah Loves and The Paper Vine, and then just used polka dot gift wrap for the backdrop. I think the most time-consuming part of this was trying to find free props! I printed my props out on cardstock and used BBQ skewers (pointy side taped to the props) to make the part people could hold. For the big night, I set up a little table with the props and a sign, and forced… I mean, er, invited… people to try out the photo booth! 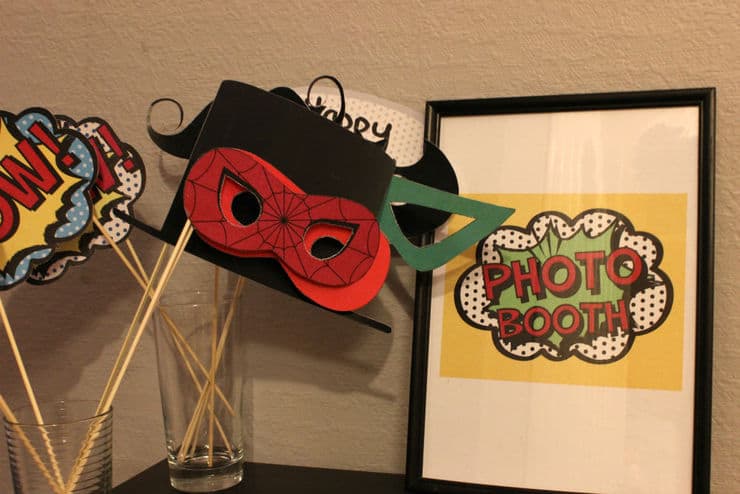 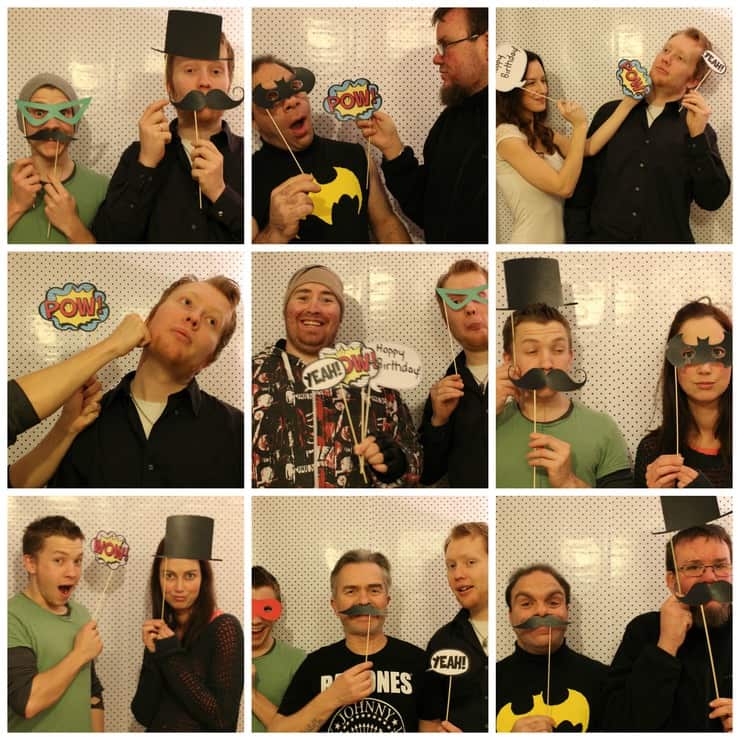